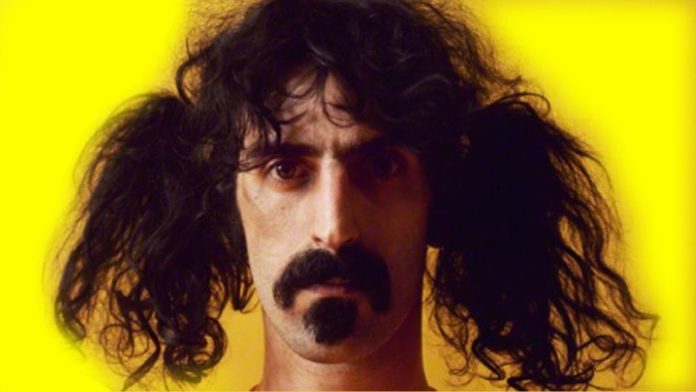 Frank Zappa was an American musician, composer, songwriter, producer, guitarist, actor and filmmaker. Many of his works was characterized by nonconformity, free-form improvisation, sound experiments, musical virtuosity, and satire of American culture.

Because Zappa refused to conform – questioning the status quo instead – the country’s political elite labeled him as an anarchist. Zappa denied this labeling, maintaining that he was interested in safeguarding real freedom for the people. Zappa took a bold step as a freethinker and a proponent of free society when he testified before the United States Senate Committee on Commerce, Technology, and Transportation in 1985, attacking the Parents Music Resource Center (PMRC), a music organization co-founded by Tipper Gore, wife of then-senator Al Gore. The PMRC consisted of many wives of politicians, including the wives of five members of the committee, and was founded to address the issue of song lyrics with sexual or satanic content.

Zappa saw their activities as on a path towards censorship, and called their proposal for voluntary labeling of records with explicit content “extortion” of the music industry. During Zappa’s testimony before the Senate Committee, he made it clear that allowing organizations such as the PMRC to thrive in the United States would mean eradication of personal freedom and liberty. Zappa argued:

“The PMRC proposal is an ill-conceived piece of nonsense which fails to deliver any real benefits to children, infringes the civil liberties of people who are not children, and promises to keep the courts busy for years dealing with the interpretational and enforcemental problems inherent in the proposal’s design. It is my understanding that, in law, First Amendment issues are decided with a preference for the least restrictive alternative. In this context, the PMRC’s demands are the equivalent of treating dandruff by decapitation. … The establishment of a rating system, voluntary or otherwise, opens the door to an endless parade of moral quality control programs based on things certain Christians do not like. What if the next bunch of Washington wives demands a large yellow “J” on all material written or performed by Jews, in order to save helpless children from exposure to concealed Zionist doctrine?” In the face of growing censorship in the country, Zappa took it upon himself to let the American public become aware of the course their nation had taken or was heading towards. Before Zappa’s death in 1993, in 1986, he appeared on CNN’s Crossfire TV series and debated with the conservative Washington Times’ commentator John Lofton. The show was hosted by Robert Novak and Tom Braden.

The debate between the two gentlemen was about dirty lyrics and censorship based on religious morality. Zappa believed that religion and morality should be separated from national affairs. This, according to him, would ensure that the individual enjoys full freedom and liberty – as enshrined in the American constitution.

During the debate, Zappa noted that the biggest threat to America was not communism as the politicians had led the public to believe. He said the then Reagan Administration was steering the United States towards a fascist theocracy country. In Zappa’s opinion, this was more dangerous than communism. This was what the United States should guard against, as it was likely to destroy the country one day.

Asked later in the interview to give one example of a fascist theocracy by co-host Braden, Zappa replied:

“When you have a government that prefers a certain moral code derived from a certain religion, and that moral code turns into legislation to suit one certain religious point of view, and if that code happens to be very very right wing, almost toward Attila the Hun.”

Lofton responded: “Well then you are an anarchist. Every form of civil government is based on some kind of morality Frank.”

But Zappa set him straight, curtly remarking: “Morality in terms of behavior, not in terms of theology!“ After the death of Zappa, many observers realized that all that he said was true. By the beginning of the 21st century, social, political and economic events that unfolded in the United States led many observers to believe that Zappa was some sort of a soothsayer.

American Democracy: R.I.P, The Emergence of the Fascist American Theocratic State is a work published by John Stanton and Wayne Madsen, shedding more light on what Zappa had said in 1986. John Stanton is a Virginia-based writer on national security affairs. Wayne Madsen is a Washington, D.C.-based investigative journalist who writes and comments frequently on civil liberties and human rights issues.

It is therefore not surprising that President Donald Trump would today discriminate between people based on religion. This isn’t something new to the United States, and Zappa warned of its rise. Trump is only continuing with the foundation already laid by some of his predecessors.

This article (Seven Years Before His Death, Frank Zappa Warned Americans About the Emerging Fascist Theocratic State [VIDEO]) is a free and open source. You have permission to republish this article under a Creative Commons license with attribution to the author and AnonHQ.com.