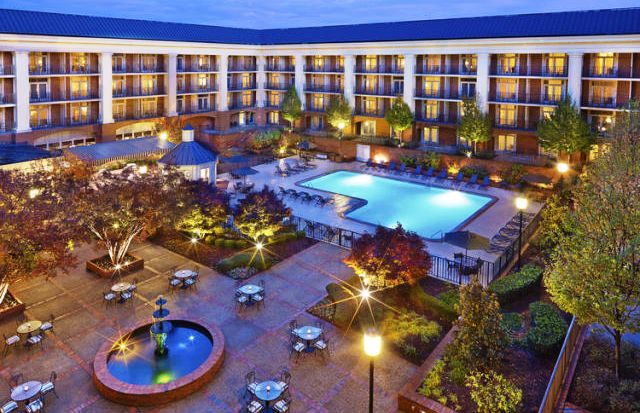 Major hotels such as Marriott, Hyatt, Westin, HEI Hotels and many more, in many parts of the country, informed their customers that their debit or credit cards information may have been compromised.

HEI Hotels stated that individuals got into their systems; installing a malicious code on their systems as it was programmed to capture payments going through those machines. As the malware was mining the data during live payments, it is possible that the malware may not have only obtained credit card numbers, names or dates, but may have also captured the CVV codes entered to finalize payments. And it doesn’t stop there. According to some hotels, the hackers have been mining data since spring, 2015. Image Source: Google Image – A picture showing the front entrance of Boca Raton Marriott at Boca Center, which is one of the infected locations.

The banks have noted that they will take care of the stolen credit or debit card information. Click here to visit the page listing the hotels infected by the breach. If you did visit one of these hotels, it is vital to call your bank for further advice on blocking your card used, as well as asking them for your statements.

In today’s world, hacking is commonplace, to the point it isn’t considered news worthy unless it’s involving a major data leak from a giant business. However, for the ones who are the victims of these hacks, even the smallest one can change a live massively. Apart from having the card data stolen and having them maxed out, the owner still has a long wait before they can use the card, and before the banks and other companies involved, are investigated. Most times, this hacked information can also be utilized in many different ways, such as identity theft.

According to experts, the new chips embedded into the latest cards, were made to reduce fraudulent activities by adding security features into those chips. However, for those who do not have the cards with the built-in chip function and adding to that, without a proper and secure solution for online payments, debit and credit card hacks will continue to be a threat for a long time to come.

George Rice, who holds a director’s position for payments and data security at Hewlett Packard Enterprise, says this breach brought some distinctive information and security issues and obstacles for the related industry. As per the report related to these data hacks, more than fifteen hotels in different locations have experienced massive damages – some of them, the bigger players in the hotel business.

This article (Several Hotels Payment Systems got Hacked – Were You in One of Them?) is a free and open source. You have permission to republish this article under a Creative Commons license with attribution to the author and AnonHQ.com.