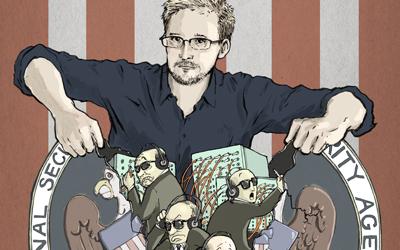 The NSA have once again proved hypocritical. Despite a spokesman writing to The Washington Post last August claiming “The department does ***not*** engage in economic espionage in any domain, including cyber”, top secret plans have proposed otherwise.

American lawyer and journalist Glenn Greenwald has released a 2009 memo that clearly defined “technology acquisition by any means” to give American corporations an advantage in global markets. The report was provided by NSA whistleblower Edward Snowdon.

It has already been revealed that Brazilian oil giant Petrobas, the International Monetary Fund and World Bank and international banking systems were all spied on, amongst many others. Even the EU antitrust commissioner investigating Google, Microsoft and Intel was targeted.

In response to the Petrobas revelations, Director of National Intelligence James Clapper admitted collecting “information about economic and financial matters”, but categorically denied more morally questionable purposes. He said: “What we do not do…is use our foreign intelligence capabilities to steal the trade secrets of foreign companies on behalf of –or give intelligence we collect to- U.S. companies to enhance their international competitiveness or increase their bottom line”.

The report, however, shows exactly plans to do just that. It focused on the possibility if “the United States’ technological and innovative edge slips”, particularly “that the technological capacity of foreign multinational corporations could outstrip that of U.S. corporations”. Energy, medicine, information technology and nanotechnology were all listed as crucial areas where this could happen.

In this case, the report recommended “a multi-pronged, systematic effort to gather open source and proprietary information through overt means, clandestine penetration (through physical and cyber means), and counterintelligence”. Notably, the memo discussed “cyber operations” to penetrate “covert centers of innovation”.

While some may even believe the NSA should have the right to protect the U.S’s financial position globally, the hypocrisy of the situation cannot be ignored. In May, five Chinese government employees were indicted for spying on U.S. companies. Attorney General Eric Holder said this was done “for no reason other than to advantage state-owned companies and other interests in China”, and “this is a tactic that the U.S. government categorically denounces”.

The fascinating 2009 memo also contemplated scenarios the U.S. intelligence community felt they may face in 2025. These included a “China/Russia/India/Iran centred bloc (that) challenges U.S. supremacy”, and even a world where “identity-based groups supplant nation-states”.