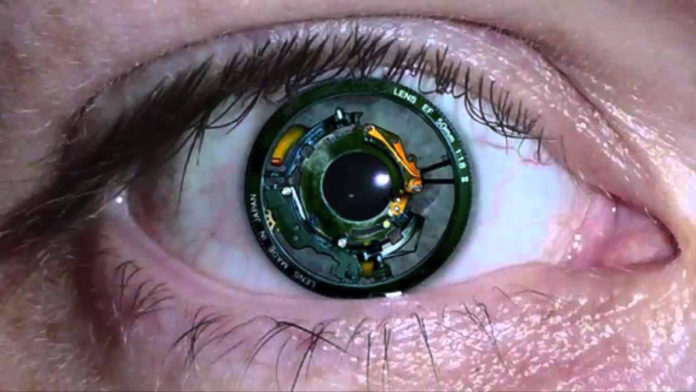 We can probably all agree on one thing: that technological gadgets are becoming smaller and smaller by the day. Now, contact lenses are getting smarter – well soon – and all thanks to nanotechnology.

The tech giant Sony has ramped up their technology from something that we’ve only seen in James Bond movies, to now being our reality. The company has filed for a patent that reveals how their smart contact lenses will take pictures and record videos just with a simple blink, storing them in a small memory space on the lens – or on the user’s eyeballs.

Not only is Sony striving for this, but other tech giants such as Samsung and Google have made plans for their smart contact lenses, going public with their ideas of taking pictures, making videos and monitoring sugar intake; gamers will also experience enhanced gaming, and other possibilities are endless.

However, Sony’s patent doesn’t mean we’ll be seeing them anytime soon. Nevertheless, Sony’s release of the lens will contain a picture-taking unit, a central controlling unit, the main unit along with an antenna, a storage area and a piezoelectric sensor.

The last mentioned unit above is responsible for monitoring the time on how long the eyelids have remained opened, and it will also detect the blink that was done to take a picture, as well as the blinks that were done subconsciously. This will allow the unit to distinguish between taking pictures and a normal blink.

As mentioned in Sony’s patent, the subconscious blink is between 0.2 to 0.4 seconds, thus the patent states that if the blink exceeds more than 0.5 seconds, then it was done on purpose and will be considered an unusual blinking, therefore, gesturing the unit to capture the image. The antennae will supply the power to the lens wirelessly, source it from the smartphone, a smart tablet or a computer. The technology that was first discovered by Nicola Tesla, will use either radio waves, electromagnetic induction or electromagnetic field resonance, and to top it off, the smart lens will sport an autofocus and zoom ability.

But before happy blinking customers can get their hands on this latest device, and for the intelligence agencies to ‘blink’ on everything in their sight, the technology is still to go through stringent tests. Then again, a technology such as this, is an interesting concept wrapped up in the scary, depending on how it will be used.

This article (Sony Patent: Contact Lenses Taking Pictures and Recording Videos when You Blink) is a free and open source. You have permission to republish this article under a Creative Commons license with attribution to the author and AnonHQ.com.