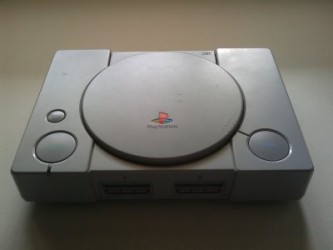 History has shown us a lot of interesting things and it’s been said that it always repeats itself in one form or another. I’m certain there are many Anons that have zero recollection of December, 1994. For those that do, it was a pretty interesting year. Ex-football star OJ Simpson was arrested for murder, Michael Jackson Married Elvis’ daughter Lisa, comedian John Candy passed away, Forrest Gump came to life and Sony released their world changing gaming console in Japan. The Playstation or PS1 as pop culture has graced it. Although the MIPS R3000 CPU was dabbled with in work stations in the late 80’s, this was a new direction for what was cutting edge at this point. Now we jump forward 20 years in time. What is considered an “obsolete” game platform rises from the dark obscurity to start a new life and a new mission; a mission that will take it to the edge of our solar system and perhaps beyond.

The New Horizons spacecraft was shot into the Black on January 19, 2006. The craft carries only seven instruments inside its tin body: two infrared and ultraviolet spectrometers, a couple of particle spectrometers, a small color camera, a high-resolution telescopic camera and a space-dust detector all controlled by a radiation hardened PS1 CPU. It’s traveled for 9 long years at approximately 33,000 miles per hour. It’s moving fast enough to circle the entire earth in about 45 minutes and it still took 9 years to reach Pluto. To make this even more of an adventure for NASA scientists, at this far of a distance, it takes more than four hours to send a command from Earth to the craft. This makes manual control and maneuvering impossible, putting even more faith in this little processor chip. For the techie-Anons out here that means the best data speed possible is about 700 bits per second. At that rate it’ll take nine months to download all the data and imagery collected from Pluto.

SO, why use obsolete, cheap, leftover technology in a gazillion dollar space project? No, the lowest bidder did not win the contract. Time: longevity and resilience to be a bit more accurate. New technology might be faster, lighter and stronger but, if it hasn’t been proven to work over a lengthy time, it just cannot be trusted. The MIPS R3000 processor proved itself for 20 years with the most destructive force in human history… teenagers! How could the freezing cold black of space and a few floating rocks top that?

In all seriousness, it doesn’t matter how old, how slow or how silly the whole idea sounds. What matters most is the accomplishment. The human race contains minds that are intelligent enough to shoot an object the size of a truck into an endless oblivion and guide it to a specific place over the course of 9 years to meet up with another free traveling object in that same black emptiness. That, my Anonymous friends, is a feat of all feats.

On a joking note… I wonder what games they sent along with it for the entertainment of any new species it might encounter? Tombraider maybe?

This article (Playstation took us to Pluto) is free and open source. You have permission to republish this article under a “creative commons” license with attribution to the author and www.Anonhq.com

Dockrill, P. (2015). NASA’s New Horizon probe made it to Pluto with a PlayStation CPU for a brain

Sharma, A. (2015). The Original PlayStation CPU is Powering New Horizons