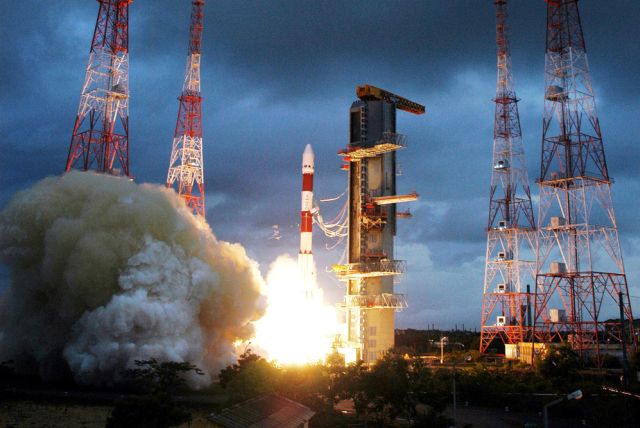 Interestingly, the FAA’s February 26 decision came a day after the US ambassador to India, Richard Verma, praised the growing US-India cooperation in space at the ORF Kalpana Chawla Annual Space Policy Dialogue.

“I’m proud that the United States and India have a long and successful history of space cooperation, beginning in 1963 when India first launched a U.S.-manufactured sounding rocket – sometimes called a “research rocket” – from Thumba to study the atmosphere above Earth’s magnetic equator…This early relationship has developed in to a robust partnership exemplified by scientific exchanges and joint projects…

“In September 2015, for the first time India launched a US satellite… well actually four at once. The satellites belong to a US company, and India launched them from its trusted workhorse – the Polar Satellite Launch Vehicle, which has launched satellites for twenty different countries. Other US companies have sought launches on India’s PSLV, including a Google satellite scheduled for launch in April.  Likewise, many US companies continue to provide ISRO with satellite technology and components, and Raytheon is playing an important role in India’s GAGAN navigation system.”

The Ambassador’s February 25 speech and the FAA’s February 26 decision appear to come from two different governments in America, and shows the lack of integrity as well as the inconsistent nature of the US policy.

A US industry official, whose company wants the government to maintain a no-license bias with respect to the PSLV, told Space News:

“There is a real dysfunction on the government side. On the one hand, you have the policy, which no agency wants to take responsibility for but which remains the policy. On the other, government agencies are practically falling over themselves to grant waivers.”

The PSLV is designed to launch smaller payload satellites – how is that a threat to the US?

In 2005, the US tried to force India to sign a CSLA to “fix the number of commercial launches it could perform and the prices it could charge,” in order to “ensure ISRO adhered to market-oriented practices in the commercial launch sector”. But India didn’t sign the CSLA; for non-compliance, the US banned the country’s commercial satellite operators from purchasing launch services from Indian launch companies.

In January 2016, COMSTAC asserted that “allowing India’s state-owned and controlled launch providers to compete with US companies, runs counter to many national policies and undermines the work that has been done by government and industry to ensure the health of the US space launch industrial base.”

If ensuring the health of the US space launch industrial base was the goal, why are US satellite operators and manufactures complaining about a shortage of launch services in their own country, and fearing that they will go out of business if they are forced to wait for a reliable and cost-effective US small satellite launch industry to be created?

Space News has the answer:

The CSLA, dating from 2005, is the US government’s way of protecting the seemingly forever-nascent US small-satellite launch industry from competing with government-controlled foreign launchers for US business. It seeks to oblige non-US rocket providers to sign a CSLA that, for all intents and purposes, sets US commercial launch prices as the world minimum for government-owned non-US launch providers. The rationale is that these non-US launchers, not bound by the constraints of profit and loss – but hungry for hard-currency export earnings – will undercut commercial US companies’ launch prices and keep them from gaining market traction.

ISRO is on a roll

India seems to be undeterred by the US ban. Using its PSLV, India will launch 25 foreign satellites in 2016-17; 12 of which belong to the USA, the remaining 13 to Germany, Canada, Algeria, Japan, Indonesia and Malaysia. ISRO’s workhorse Polar rocket PSLV C34 will launch a record number of 22 satellites, including a number of micro and nano ones from foreign countries, in a single mission in May. In addition to carrying India’s Cartosat 2C, PSLV C34 will have 21 other satellites from the US, Canada, Indonesia and Germany. NASA sent 29 satellites into orbit in a single launch in 2013, setting a world record.

In March 2016, Jitendra Singh, Minister of State in the Prime Minister’s Office, told the Upper House of India’s parliament that in the last three years, from January 2013 till December 2015, the ISRO has launched 28 foreign satellites – 7 of Singapore, 6 of UK, 5 of Canada, 4 of the US, 2 of Austria and 1 each of Denmark, France, Germany and Indonesia. Antrix Corporation, the commercial arm of ISRO, which negotiates commercial launch agreements on behalf of the Indian government, earned revenue of 80.6 million Euros through launching of these 28 international customer satellites, he disclosed.

This Article (Space Race Gets Ugly: America Bans US Launch Companies From Using Indian Rockets) is free and open source. You have permission to republish this article under a Creative Commons license with attribution to the author and AnonHQ.com.