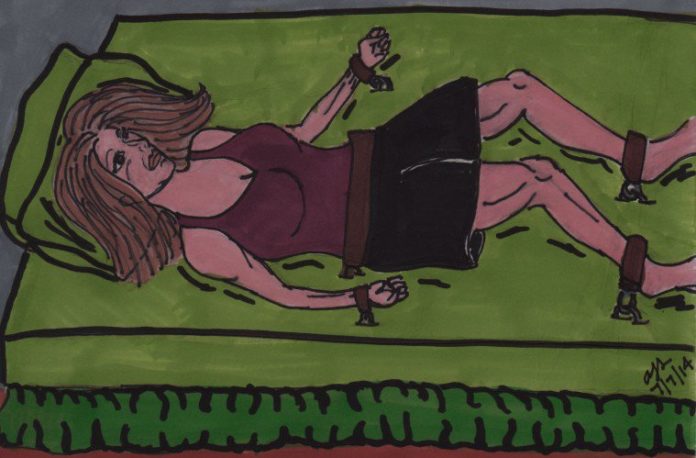 Have you ever woken up in the middle of night paralyzed? Do you ever feel an evil presence by your bed or have you experienced hypnagogic hallucinations that you are being attacked while you are asleep? Well, you are neither fantasizing nor lucid dreaming: sleep paralysis is real, and it is indeed a nightmare. You’re also not the only one – the terrifying disorder affects millions of people worldwide.

In medical terms, sleep paralysis refers to a brief period at sleep onset, or off-set, during which a person is unable to move or speak while remaining awake and aware of the immediate environment.  In lay man’s terms, sleep paralysis is a condition in which a person awakens from sleep but is temporarily paralyzed. Sleep paralysis may last from several seconds to several minutes or even longer, and it usually occurs just upon awakening or right upon falling asleep.

“During the most dream-filled phase of sleep, our muscles become paralyzed, preventing the body from acting out what’s going on in the brain. The brain chemicals kick into action during rapid eye movement (REM) sleep, a phase that usually begins about 90 minutes into a night’s rest. During REM, the brain is very active, and dreams are at their most intense. But the voluntary muscles of the body — arms, legs, fingers, anything that is under conscious control — are paralyzed.

“This paralysis keeps people still even as their brains are acting out fantastical scenarios; it’s also the reason people sometimes experience sleep paralysis, or the experience of waking up while the muscles are still frozen. This sensation has been the basis for myths such as the succubus and the incubus, demons said to pin people down in their sleep, usually to have sex with them.” Sleep Paralysis as a Spiritual Experience

Sleep paralysis is widely reported  in  the  general  population  and  is  frequently accompanied  by  diverse  and often  vivid  hallucinations. Sleep paralysis–related hallucinations are likely important contributors to a variety of paranormal beliefs and supernatural traditions.

Many people report having a sense of terror when they feel a ghostly “presence” (often described as malevolent, threatening, or evil) accompanied by strange sounds and smells. Some even report unique experiences like the sensation of floating or being outside the body. In medical terms, these experiences are defined as hypnagogic and hypnopompic hallucinations. Brain Decoder writes:

“Sleep paralysis can sometimes cause eerie sensations of floating outside one’s body or looking down upon oneself from the bedroom ceiling. In certain cultures, such out-of-body experiences are attributed to the “soul”— as if in a type of “astral travel,” the spiritual self projects itself into an alternative realm of existence. But out-of-body experiences originate in the brain. In fact, they can reliably be produced in the laboratory. We simply have to disrupt the activity of a brain region called the temporoparietal junction.”

However, a 2015 University of California and Harvard Medical School study examined cultural explanations of sleep paralysis – or the Pandafeche attack in Italy – and found an overwhelming percentage of participants believed that a supernatural creature, the Pandafeche, often referred to as an evil witch, sometimes as a ghost-like spirit or a terrifying humanoid cat, had possibly caused their sleep paralysis.

Dr David Hufford, a professor and director at the Doctors Kienle Center for Humanistic Medicine at the Penn State College of Medicine, explored a number of interpretations given to sleep paralysis to suggest that even a terrifying sleep paralysis can have a positive spiritual effect for the person experiencing it.

“I do not believe that sleep paralysis is a judgment. Quite the opposite, I believe my sleep paralysis episodes are an awakening. I wish I could make the episodes go away and I often pray that they do. I think sleep paralysis has opened my eyes to a spiritual world and because of that I have looked to the Bible on how to put on the full armor of God to prepare yourself against such things. Although I wish sleep paralysis would go away, it has ironically strengthened my relationship with God.”

Are the experiences that occur during sleep paralysis real or could it be your psyche playing tricks on you? Is sleep paralysis a spiritual state of consciousness or is it the consequence of stress and sleep deprivation? Do spirits show up in sleep paralysis or do they represent your fears and hidden desires? Please share your thoughts/experiences in the comments section below…

This article (Spiritual Twist to Sleep Paralysis, a Mysterious Neurological Condition) is a free and open source. You have permission to republish this article under a Creative Commons license with attribution to the author and AnonHQ.com.