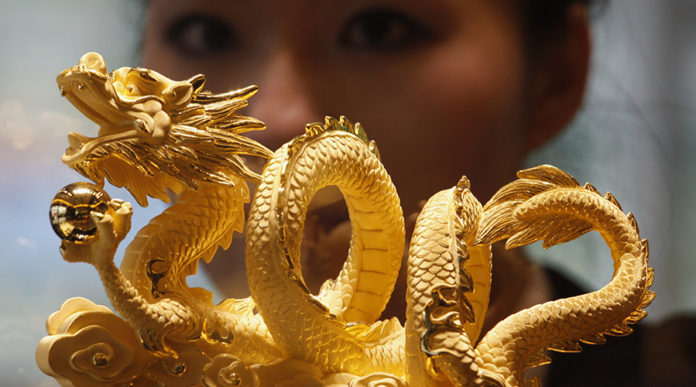 A few weeks back, AnonHQ did a story on how John F. Kennedy prepared his own death warrant. How the speech he made in his first 100 days in office, and the Executive Order he signed in an attempt to eliminate the Federal Reserve System about two years later, got him killed.

In the 1961 speech, Kennedy talked about secret societies, secret oaths and secret proceedings. The 1963 Executive Order 11110 gave the 35th President of the United States the right to issue gold-backed currency through the U.S. treasury rather than the Federal Reserve System.

How did Kennedy arrange such large amounts of gold to back a new currency? And what was the role of secret societies in his vision? Well, Kennedy was working on opening up the global collateral accounts (GCAs) — the most prized financial secret of the central banking cabal or the Federal Reserve System — to modernize and transform the world for the better through humanitarian projects.

In order to safeguard their gold and silver holdings worth over $94 quadrillion, a group of wealthy and secretive Asian families (also known as the Dragon Family) turned to the Chinese Kuomintang government; which then sent 7 warships loaded with 50 million ounces of gold and silver to the US Federal Reserve, for safekeeping. In return, the Dragon Family was given 60-year gold bonds. This happened in 1938.

In 1944, the infamous Bretton Woods Conference took place, resulting in the creation of a global financial system based on the International Monetary Fund (IMF) and the International Bank for Reconstruction and Development (IBRD).  The US, France and the UK were given a 50-year mandate to modernize and transform the world for the better – through an estimated 2 million metric tons of gold legally owned by the Dragon Family. These large caches of assets are better known as the GCAs.

After the world became suspicious that the IMF was serving the interests of the banking and political elite — that Dragon Family funds were being used to fuel the Cold War, and that the global financial system had turned into a shady banking cabal — Kennedy and President Soekarno of Indonesia (monetary controller of the GCAs at the time) signed the Green Hilton Memorial Agreement in 1963. The agreement mandated utilizing the GCAs for modernizing and transforming the world through humanitarian projects (along with a new US currency that would end the Federal Reserve System and the CIA). Eight days later, Kennedy was assassinated. The Executive Order 11110 was suspended and 59,000 tons of gold belonging to the GCAs was transferred to the Federal Reserve. While the banking cabal managed to stop Kennedy from moving ahead, a CIA coup saw Sukarno removed from presidency.

The Green Hilton Memorial Agreement was implemented in 1968 after the Bush, Kissinger, Rockefeller and several other influential families created a fake heir to the rights of the GCAs. Since then, the GCAs have been illegally and fraudulently used by the Federal Reserve System.

But then, 9/11 happened. Cantor Fitzgerald Securities, a brokerage firm (with offices in the World Trade Center) that was handling the paperwork for the gold to be delivered back to the Dragon Family, was blown up, along with its 658 employees and the gold that was secured in vaults located in the basement of the World Trade Center. THAT gold is still missing; some say the gold was taken by train to California, and from there, shipped to Paraguay where it was securely stored.

In August 2011, representatives from 57 nations went to Monaco to create an alliance designed to legally take down the central banking cabal and create a new gold-backed global financial system using the GCAs for humanitarian projects. It is said that the Monaco alliance today has 182 countries and is being spearheaded by the BRICS nations (Brazil, Russia, India, China and South Africa).

On November 23, 2011, the Dragon Family filed a lawsuit in the Southern District of New York against the United Nations, Ban Ki-Moon, the Office of International Treasury Control, Silvio Berlusconi, and the World Economic Forum among others, for stealing more than $1.1 trillion in financial instruments intended to support humanitarian projects. Neil Keenan, an international businessman of Irish descent, entrusted with protecting and restoring the legal rights back to the Dragon Family and settling the GCAs, has also filed liens and a Cease and Desist order against all 12 central banks in the U.S. and a Cease and Desist order against fraudsters — including Queen Elizabeth II, Hilary Clinton, George Herbert Walker Bush, George W. Bush, and David Rockefeller. He says the world is about to be set free:

“We are on the road to the accounts.  The litter has been tossed into the garbage where it belongs and upon completing this road the accounts will be open. We will be able to complete this impossible task and release the funds as initially planned for humanitarian purposes.  I need a little more time to get to where we must be but we will be there and when so, the Cabal is finished.”

This article (Get Ready for a Gold-Backed Cabal-Free Global Financial System) is a free and open source. You have permission to republish this article under a Creative Commons license with attribution to the author and AnonHQ.com.