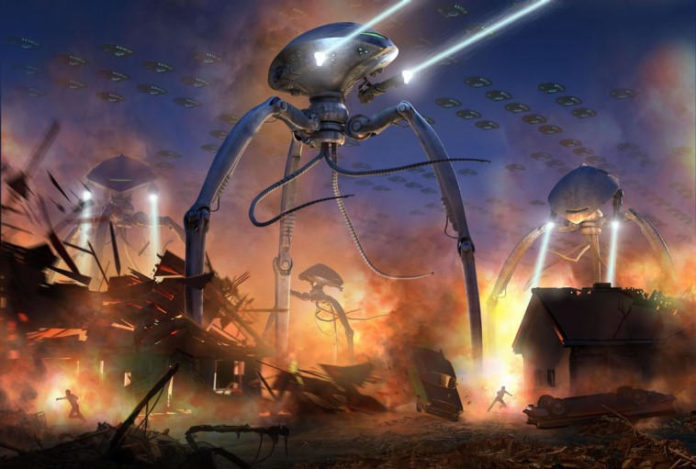 Astrophysicist Professor Stephen Hawking has warned that the human civilization is entering the most dangerous 100 years in its history and faces extinction thanks to man-made threats such as artificial intelligence (AI), human aggression, and aliens [yes, you read it right].

“The real risk with AI isn’t malice but competence. A super intelligent AI will be extremely good at accomplishing its goals, and if those goals aren’t aligned with ours, we’re in trouble.

“You’re probably not an evil ant-hater who steps on ants out of malice, but if you’re in charge of a hydroelectric green energy project and there’s an anthill in the region to be flooded, too bad for the ants. Let’s not place humanity in the position of those ants.

“If they [artificially intelligent machines] become clever, then we may face an intelligence explosion, as machines develop the ability to engineer themselves to be far more intelligent. That might eventually result in machines whose intelligence exceeds ours by more than ours exceeds that of snails.” If our machines don’t kill us, we might kill ourselves, predicts the cosmologist. During a tour of London’s Science Museum, warning that a major nuclear war would be the end of human civilization Hawking urged people to be more empathetic given that aggression is the human race’s biggest failing which threatens to destroy the human race.

‘Unless we can use our intelligence to control our Aggression, there is not much chance for the human race’ – Stephen Hawking

The Independent quoted the scientist as saying:

“The human failing I would most like to correct is aggression. It may have had survival advantage in caveman days, to get more food, territory or a partner with whom to reproduce, but now it threatens to destroy us all.” Intelligence and aggression have the capacity to destroy us, but what does this mean for humanity’s chances of getting destroyed by aliens? Since past few years, Hawking has warned that if an intelligent, more advanced alien civilization exists, it would not be friendly to mistreating, less technologically advanced humans, and would have no problem in conquering and colonizing the planet and eventually wiping out the human race. In April 2010, Hawking noted:

“If aliens ever visit us, I think the outcome would be much as when Christopher Columbus first landed in America, which didn’t turn out very well for the Native Americans.  Such advanced aliens would perhaps become nomads, looking to conquer and colonize whatever planets they could reach. If so, it makes sense for them to exploit each new planet for material to build more spaceships so they could move on. Who knows what the limits would be?”

“If the government is covering up knowledge of aliens, they are doing a better job of it than they do at anything else.”
― Stephen Hawking

During a media event at the Royal Society in London in July 2015, Hawking voiced his fears again:

“We don’t know much about aliens, but we know about humans. If you look at history, contact between humans and less intelligent organisms have often been disastrous from their point of view, and encounters between civilizations with advanced versus primitive technologies have gone badly for the less advanced. A civilization reading one of our messages could be billions of years ahead of us. If so, they will be vastly more powerful, and may not see us as any more valuable than we see bacteria.” This article (Stephen Hawking Warns: Robots, Nuclear War & Aliens Will Wipe Out Humanity In Less Than 100 Years) is free and open source. You have permission to republish this article under a Creative Commons license with attribution to the author and AnonHQ.com.