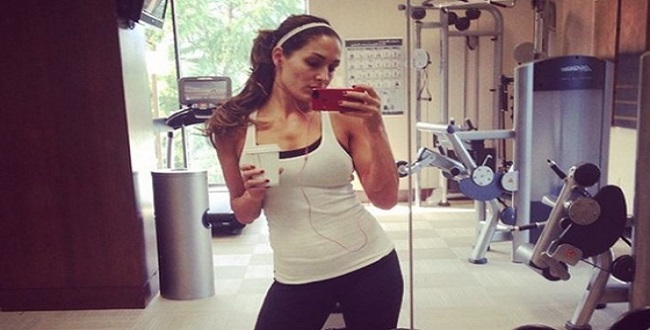 >> CLICK HERE TO JOIN US <<
>> CLICK HERE TO SUPPORT US <<
Some people have to let the whole world know that they have been to the gym by means of Facebook posts normally accompanied by a selfie. It turns this could by due to an underlying psychological problem which causes them to become obsessed with taking selfies.
In a study conducted at Brunel University is was discovered that people who constantly brag about fitness tend to show narcissistic traits  – This is a term for the psychological disorder where people gain pleasure from self admiration. This behavior usually results  annoying vein posts such as “sun’s out, guns out” all over your timeline, the intention is to boost their own ego with comments and likes.
over 500 Facebook users took part in the survey and it was discovered that the “gym posers” who get the most likes and/or comments on their posts -ultimately getting them the attention they so desperately need and crave.
narcissists also wrote more status updates about their diet and exercise routine, suggesting that they use Facebook to broadcast the effort they put into their physical appearance.
The researcher wrote
“In this particular survey personality traits such as extroversion, neuroticism, openness, agreeableness and conscientiousness were measured. It also found that people who post frequent updates about their boyfriend or girlfriend on social media usually have lower self-esteem and that those post frequent updates about their children more conscientious.”

Study Source: Brunel University
Thanks for taking the time to read this article. If you found this information helpful, please share it with your friends and family. Your support in our endeavor of sharing free information would be much appreciated.
CLICK HERE TO SUPPORT US VIA PATREON
Get Your Anonymous T-Shirt / Sweatshirt / Hoodie / Tanktop, Smartphone or Tablet Cover or Mug In Our Spreadshirt Shop! Click Here