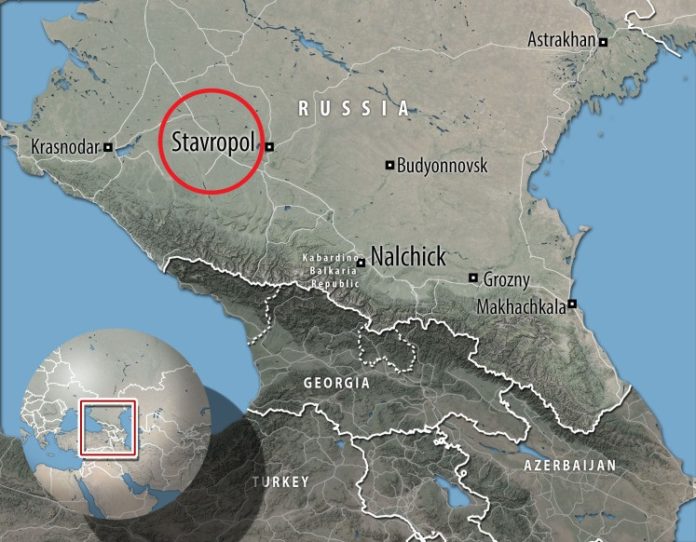 Echoing the al-Qaeda 2010 terror attacks in Southern Russia that left dozens injured and more dead after a café explosion, a southern Russian Police Headquarters has now been a target for a terrorist suicide bombing attack.

The suicide bombing reports say three men were involved, and possibly linked to Islamist extremism. One eyewitness, who has not yet been named by Reuters and RT, said that while filming the video, five explosions and automatic gun fire could be heard.

It has been reported that at least one attacker blew himself up and two others were possibly killed. The attack took place in the Stavropol region, close to the Muslim North where Islamist extremists are said to be carving out a caliphate. In the recent past, policemen have been the main target for car bombings and shootings.

Still breaking news, it is unknown entirely what the situation is, but RT has quoted one police officer as saying “Two militants were killed in an attack on a police station in Stavropol region. One of them was killed while trying to pass a checkpoint. The other one managed to detonate his explosive device.”

The accounts of what has happened vary on numbers and injuries. Initial reports have suggested no civilians have been injured. It is yet to be confirmed if there were more than three men involved.

This article (Suicide Bombers attack Southern Russian Police HQ) is a free and open source. You have permission to republish this article under a Creative Commons license with attribution to the author AnonWatcher and AnonHQ.com.