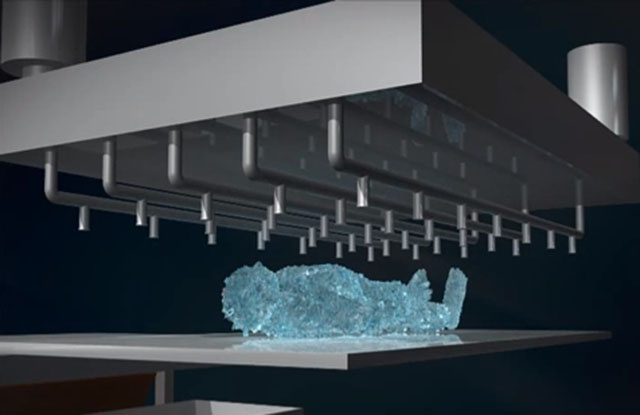 Each year, 4.3 million gallons of embalming fluid (827,060 gallons of which is formaldehyde-based), 64,500 tons of steel, 20 million board feet of  hardwood, and 1.6 million tons of concrete is buried in American cemeteries. No wonder, the U.S. funeral market is estimated to be a $20.7 billion per year industry.

Cremation, as a viable method for body disposal, is environmentally unsound. On an average, 28 gallons of fuel is used to cremate one dead body; the incineration process emits toxic substances including dioxin, furans, hydrochloric acid, sulfur dioxide, and about 540 pounds of carbon dioxide into the atmosphere. This effectively means 270,000 tons of carbon dioxide is released each year due to cremation of roughly 1 million bodies annually, in the United States. So, what is the most eco-friendly, cost-effective and natural way to lay the departed to rest, help the deceased quickly return to the Earth, as well as save the planet? Green burial: freeze-drying the corpse, disintegrating the brittle corpse into an organic white powder, and transforming the white powder into high-nutrient tree-planting compost.

Swedish biologist and founder of Promessa Organic AB, Susanne Wiigh-Mäsak has invented the world’s first completely ecological burial alternative that avoids embalming fluids. Rather, it greatly reduces the environmental impact on the air, water and soil, as well as “instills greater insight in and respect for the ecological cycle, of which every living thing is a part.”

The first part of the ecological burial method, called Promession, involves freeze-drying the corpse (to -18 degrees Celsius) and submerging it in liquid nitrogen within a week and a half after death. The second part involves shattering the corpse and transforming it into an organic white powder. The powder is then sent through a vacuum chamber that evaporates the corpse’s moisture. To remove any metal surgical implants, the powder is then put into a metal separator.

At the time of burial, the remains are laid in a coffin made of a biodegradable material, such as corn starch, before placed in a shallow grave. In about six to twelve months, the mixture creates nutritious fertile soil perfect for planting a tree or a bush, depending on the desires of the next of kin.

“My idea is to combine biological knowledge with a dignified and ethically correct way of being remembered by ones next of kin. The primary principles are preservation after death in organic form and shallow burial in living soil that quickly converts us to mulch. I am aware of the fact that this way of thinking is contrary to many customs. Yet we should try to adopt a more natural approach to our life and our death. Today’s burial traditions conceal reality from people and do not allow them to feel secure in the fact that death is essential to new life.

Deeper insights in the ecological cycle provide greater understanding of and respect for life on earth. And with the knowledge of what happens to the body after death, it is my hope that people will find greater security in their physical fate. This, in turn, can give our minds greater freedom to ponder the spiritual issues that we all carry within ourselves.”

Promessa has won awards from the Green Organization, as well as received recognition from UNESCO for the environmental benefits of the Promession process. The company has received expressions of interest in the technology from more than 60 countries, including Vietnam, the United Kingdom, South Africa, the Netherlands, Canada and the United States.

“Promession reshapes, dries and allows the body to be cared for by the soil. It offers a very natural connection with nature and a more appealing way to consider death. It’s a beautiful and more joyful way to understand where the body has gone… Rotting is a slow, ugly, smelly process. Nature intended that we go back to the same system that we originated from and now we can become a gift to the soil instead of a being problem.”

Has this biologist devised the most eco-friendly way to care for the dead? https://t.co/NLvT98qrSe #promession pic.twitter.com/0zPerwF3Y9

The first Promatorium was scheduled to be built in Sweden a few years ago; however, the church of Sweden and the government decided not to move forward with the plan. Do you think the Promession process is a good idea? Please share your thoughts in the comment section below.

This article (Swedish Firm Invents Word’s First Eco-Burial Method that ‘Saves’ the Dead, Replenishes the Planet) is free and open source. You have permission to republish this article under a Creative Commons license with attribution to the author and AnonHQ.com.