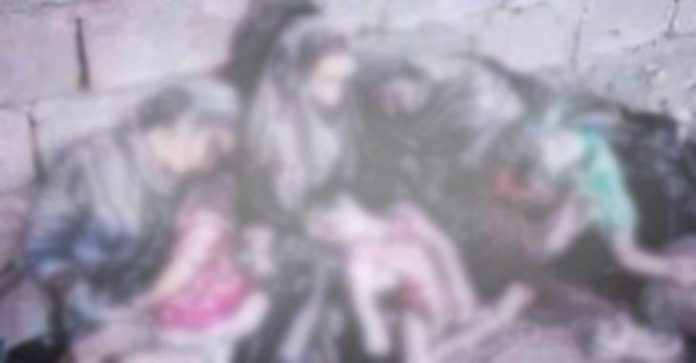 (ANTIWAR) The US-backed offensive in and around Manbij has been going on for two months, with only a part of the city and surrounding area ever captured. The failing offensive on the ground is being overshadowed however, by the US air campaign.

That’s because US airstrikes in and around Manbij have been killing a lot of civilians, and a Tuesday morning salvo against some nearby villages was the worst of all, killing entire families that the US said they “mistook for ISIS fighters.” 56 were reported killed at the time, but ensuing reports suggest that as many as 212 may have died.

With ISIS turning back the Syrian Defense Forces (SDF) in Manbij once, the US tried to back the second push into the city with even more airstrikes. The ongoing US assumption has been that more airstrikes and less restrictions would mean success.

Instead, it meant killing scores, maybe hundreds of civilians, and cast the SDF in the role of the villain among many locals, positioned as America’s allies, and many are now wondering if they can even theoretically hold Manbij if they do capture it, given how many locals despise them.

Despite giving ISIS ultimatums to cede Manbij in the next 48 hours, the SDF is in rough shape because of the US airstrikes, with reports that morale is dropping and a lot of fighters are talking about leaving the group because they don’t want to be seen supporting the US strikes.

This article (Tax Dollars at Work: US “Accidentally” Killing Entire Families in Northern Syria) by Jason Ditz, originally appeared on AntiWar.com and was used with permission. Anti-Media Radio airs weeknights at 11pm Eastern/8pm Pacific. If you spot a typo, email [email protected].