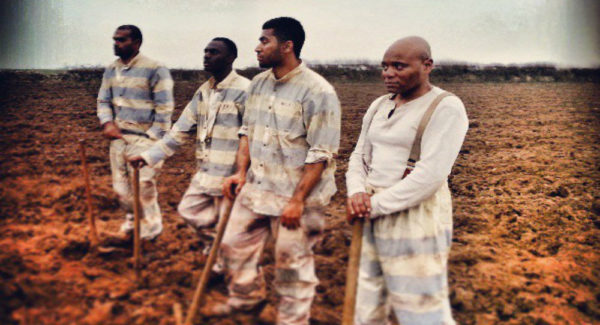 An inmate, who has been incarcerated in the United States city of Amarillo in Texas, has published a damning article in the independent news analysis outlet, Truth Out.Org, detailing how inmates in prisons across the state have been made to work for long hours without any pay. Walker revealed further that inmates also grow 24 different crops, and manufacture soap and clothing. He disclosed some prisoners work up to 12 hours a day without any pay. Prisons officials pocket all the monies these poor prisoners generate. Walker wrote: “This is flat-out, modern-day slave labor and it will continue as long as society accepts the notion that prisoners deserve less.”

What is more concerning with the revelations made by Walker, is that prisoners who refuse to comply with this hard labor are made to stay longer in the prisons.

According to statistics, Texas has the biggest prison population in the United States. The state is also said to have more facilities than any other state. It has more than 143,000 people incarcerated in 124 prison units across the state.

With the force prison labor, it has made the Texas prison system one of the most self-sufficient and profitable prison systems in the United States.

When Walker blew the whistle, Salon followed it up to ascertain the veracity of the claims. The outlet found that prison labor indeed existed in the state. The labor is said to be supervised by the Texas Correctional Industries, a department established in 1963, that is within the Texas Department of Criminal Justice (TDCJ). A 2014 annual report authored by the TDCJ, seen by Salon, revealed that Texas Correctional Industries made a whopping $88.9 million in sales from items and services produced by inmates across the state.

In the reports, it was stated that the Texas Correctional Industries operates up to 37 manufacturing facilities, producing a variety of products, including mattresses, shoes, garments, brooms, license plates, printed materials, janitorial supplies, soaps, detergents, furniture, textile and steel products.

In addition, the Texas Correctional Industries also provides numerous services, such as furniture refinishing, tire retreading and auditorium and school bus refurbishing. Prisoners manufacture these goods and provide these services. The services are rendered for state and local government agencies, political subdivisions, public education systems and public and private institutions of higher education. Responding to why the state has implemented the labor at its prisons, officials at the TDCJ said the reasons behind the labor policy are to reduce department cost by providing products and services to [the TDCJ] while selling products and services to other eligible entities on a for-profit basis.  The TDCJ Officials also claim the labor will give inmates marketable job skills, and help to reduce recidivism.

Robert C. Hurst, the public information officer at the TDCJ, admitted that inmates worked for no pay in prisons across the state. He told Salon in an interview: “While inmates are not paid, they can acquire marketable job skills which could lead to meaningful employment upon their release. Offenders can also receive good conduct time for participating in work and self-improvement programs while incarcerated. For many, but not all offenders, ‘good time’ credits may be added to calendar time served in calculating their eligibility for parole or mandatory supervision.” Since Walker published his article, activists have gathered support, pressing for an end to the exploiting and dehumanizing of prisoners by the TDCJ. Activists have designed T-shirts aimed at raising awareness of the practice. You can click here to purchase some of the T-shirts to help the program. Part of the money spent on the T-shirt will be used to support activities, ensuring inmates who face this forced labor will have basic freedoms while serving their sentences.

This article (Texas Inmate Exposes ‘Modern-day Slavery’ at Prisons in the United States) is a free and open source. You have permission to republish this article under a Creative Commons license with attribution to the author and AnonHQ.com.