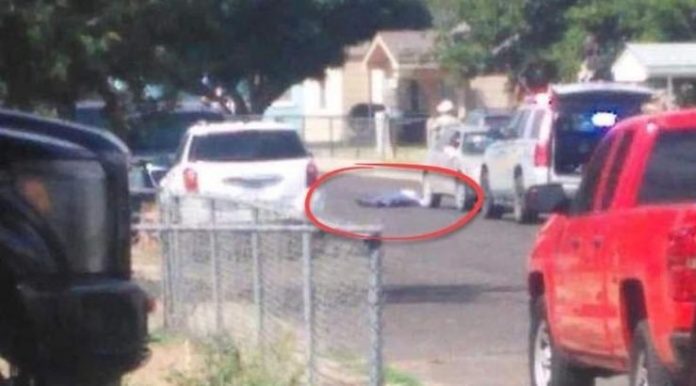 (TT) — At least five people were killed and 21 others were injured in shootings near Midland and Odessa on Saturday before the alleged shooter was shot and killed at Cinergy Cinemas in Odessa, police said.

According to officials, the shooting started in Midland and then proceeded to Odessa. In a news conference Saturday afternoon, Chief Michael Gerke of the Odessa Police Department said the shooting began around 3 p.m. after a traffic stop.

The Texas Department of Public Safety said that two state troopers pulled over a lone male driver, who then grabbed a rifle and pointed it out the window, opened fire and wounded an officer. He then began shooting at civilians and police, wounding two police officers — one from Odessa and one from Midland. The trooper is in serious but stable condition, and the two police officers are in stable condition at a local hospital, according to DPS.

The shooter, a white male in his mid-30s, eventually ditched his car, hijacked a U.S. Postal Service vehicle and continued to open fire, Gerke said.

“Please understand this is not just an Odessa Police Department, Midland Police Department and Department of Public Safety thing,” Gerke said during a press conference. “This was a joint effort by a multiple of departments to find this animal and bring him to justice.”

Gerke said initial reports of a second gunman were unconfirmed. He said while officials “believe we have the threat contained … I can’t be 1,000% sure of that.”

Midland Mayor Jerry Morales told The New York Times that the shooter fired as he drove on Interstate 20 and Highway 191. During the shooting, DPS encouraged people in Midland, Odessa and Big Spring to remain indoors, while Midland police posted a warning on the department’s Facebook page: “A subject (possibly 2) is currently driving around Odessa shooting at random people. At this time there are multiple gunshot victims.

The suspect just hijacked a U.S. mail carrier truck and was last seen in the area of 38th and Walnut. Everyone is encouraged to get off the road and use extreme caution! All law enforcement is currently searching for the suspect and more information will be released as soon as it becomes available.”

At a press conference from Medical Center Hospital in Odessa, CEO Russell Tippin said 13 victims were transported to the hospital and one died after arrival. He said seven patients were in critical condition Saturday evening, two were in serious condition, an infant was airlifted to another hospital, and two people were treated and released.

“Pray for the victims,” Tippin said. “If you hear my voice, hug your families.”

It was the second mass shooting in Texas this month. Saturday’s shooting happened exactly four weeks after a deadly Saturday shooting at an El Paso Walmart — nearly 300 miles west of Midland-Odessa — that left 22 dead and more than two dozen wounded. The gunman in that shooting was arrested and charged with capital murder.

In a tweet, state Rep. Brooks Landgraf, R-Odessa, encouraged his constituents to stay in their homes until the situation was resolved.

“The tragic situation unfolding in Odessa is serious,” he said. “I’ve been in contact with DPS officials, the Speaker and the Governor, and we are working to help in any way possible. In the meantime, please pray for the victims.”

Gov. Greg Abbott said in a statement that he will be traveling to Odessa on Sunday.

“The First Lady and I are heartbroken over this senseless and cowardly attack, and we offer our unwavering support to the victims, their families, and all the people of Midland and Odessa,” Abbott said. “I thank the first responders who have acted swiftly and admirably under pressure, and I want to remind all Texans that we will not allow the Lone Star State to be overrun by hatred and violence. We will unite, as Texans always do, to respond to this tragedy.”

Texas Sen. Ted Cruz released a statement that he and his wife, Heidi, are heartbroken by the attack and are “lifting up in prayer all the victims, their families, and the entire Midland-Odessa community.

“We are thankful for the law enforcement officers who heroically risked their lives and acted swiftly to stop the shooter and save others,” Cruz said. “Their courage helped prevent even more senseless deaths, and we honor their tireless commitment to protecting us all. We Texans are standing together tonight united against all forms of hatred and violence.”

“Our hearts are with Midland, Odessa, and everyone in West Texas who has to endure this again,” O’Rourke said. “More information is forthcoming, but here’s what we know: We need to end this epidemic.”

President Donald Trump tweeted that he had been briefed by Attorney General William Barr about the shootings and the “FBI and Law Enforcement is fully engaged.”