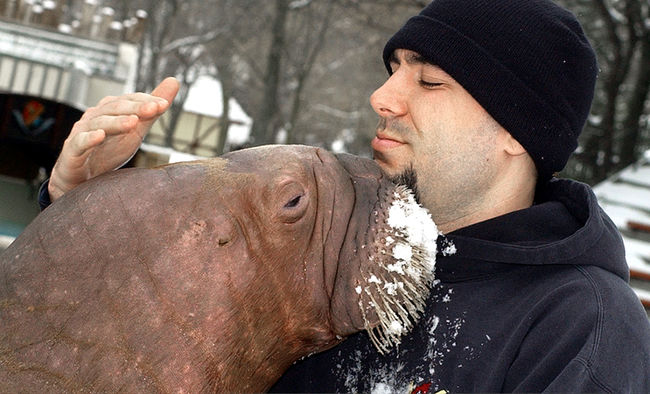 Phil and Smooshi the Walrus Phil first came to the attention of the media through his unique relationship with the walrus Smooshi. After 12 years of working with the animals at Marineland, Phil left due to the poor treatment and unsanitary conditions the animals were forced to live in. He has been an animal rights activist ever since. His activism resulted in a slap suit, a Strategic Lawsuit Against Public Participation, from the owner of Marineland, John Holer. Marineland has become the center of the debate in the call for the end of captivity for marine mammals and other animals. Displayed in the podcast was the documentary Into The Water. This documentary was produced by students at Mohawk College. http://www.mohawkcollege.ca

More information about Marineland can be found at:

More Information of Lolita and Orcas can be found at:

More information on Ric O’Barry can be found at:

Special thanks to GDLK for writing the new intro. For more info https://www.facebook.com/gdlkdub

This show is brought to you by Anonhq.com, the finest in investigative and independent news.