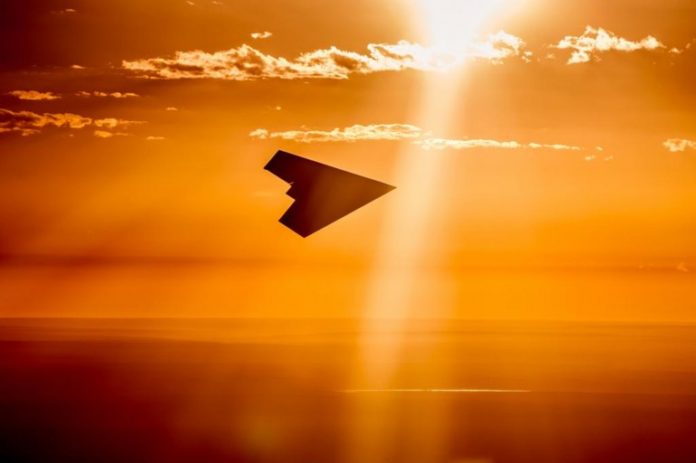 To me? It seems sort of like Mecha-Godzilla (for those of you who might be a fan of old sci fi). All the potential destructive power of the past wrapped up into a modern day package. It’s kinda scary no matter what your perspective is. WHAT am I talking about today? You ask. Why, it’s the United Kingdom’s newest unmanned stealth drone! The “BAE Systems Taranis Unmanned Combat Aerial Vehicle (UCAV)”* to be exact. It sounds official, technical and pretty damn scary.

The basic specs include an Adour Mk951 jet engine with a super-secret exhaust system, 33 foot wingspan, passive and low profile antennae and elimination of pretty much all outboard radar profile equipment.

The translation of the specs: The Rolls Royce made Adour Mk951 turbofan engine ** (jet as we know it). Capable of pushing a 5000 pound aircraft through the air at up to 683 miles per hour or 68.3 miles in one minute as the commuter drives. As far as the super-secret exhaust pipe? We can only speculate. The whole concept of being “stealth” would also involve being able to hide the heat from the engine (which is one of a few reasons traditional smaller drones are prop powered). Once again, where stealth and invisibility to radar are concerned, anything that sticks out of the plane and makes a jagged profile has been removed or shaved to higher tech devices. Think about the how the antennae have changed for satellite radio on your car and you’ll get the gist. Finally, the 33 foot wingspan. It’s definitely larger than some but to put it into better perspective for all of us… If you park two medium sized pickup trucks bumper to bumper? There is approx. 33 feet.  All this and more for about $300 million dollars, 8 years and 1,500,000 man-hours of research. What a bargain!! According to BAE systems* “The aircraft… under the control of a human operator, is capable of undertaking sustained surveillance, marking targets, gathering intelligence, deterring adversaries and carrying out strikes in hostile territory”. Ok then…. Don’t we already have satellites and things that can do this? Well, there’s only a few of them. Oh yeah! High altitude cameras!! We have them! Fun factoid time! did you know that in the early 80’s we had a plane called the SR-71 Blackbird that could fly as high as 70,000 feet and still focus on the license plate of a car? And take pictures! Before that, we had one called the U2 which could get up almost as high and do almost the same things? SO! BAE systems has perfected the invisible oversized RC plane that can do…”stuff” wait… didn’t Wonder Woman have one of these too? Can it deliver a pizza though? let me know about road construction? Perhaps drop some paper to me when I can’t hold myself and need to pull off of the highway? NO. it’s only  there to watch you without you knowing and take your life before you know what happened.

All joking aside YES, I understand the need to keep our soldiers safe while they are protecting me from tyranny and other unthinkable crap.  YES this machine could be an awesome tool to accomplish that task and become a fantastic deterrent BUT, deterrent to whom? We all know that isn’t where it’ll stop.

What’s the next step from here? Maybe the 2005 Columbia pictures movie “stealth”? Terminators? Robotic police complete with their own A.I.? Who’s money or blood will pay that price? Why can’t the time and money pay to improve our world instead of finding ways to destroy it?