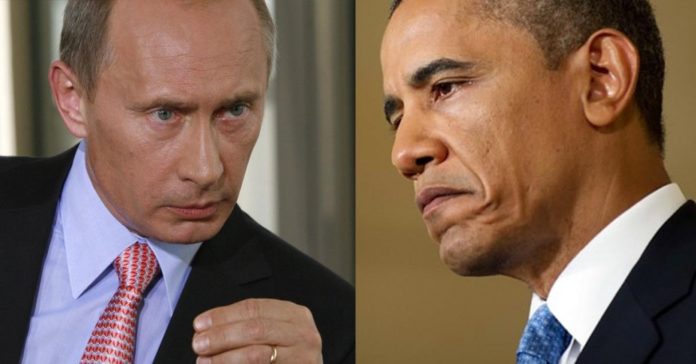 A New York Times article kicks off its rhetoric about how wonderful it is for a journalist to return to Russian stomping grounds, reminiscing about the past. Things have improved, wages have tripled, the NYT reporter, Tavernise states. People are well dressed and as one Russian citizen interviewed states, “We have finally risen out of chaos and you [America] don’t like that.”

The article quickly turns, however, against the “slickly produced” news, suppressed independent voices and news channel after news channel reporting of a “geopolitical standoff between Russia and America.” It’s because of this, “Russians hate America.” Did Tavernise understand the irony of her article?

The article was written in 2015 but resonates two years later, albeit the turning of tables.

Cold War 2.0 snapped at the heels of 2016, threatening to take a chunk out of 2017 as the continuing media hype surrounding Russian-DNC hacks mounts. We’ve read and watched the western media’s take on the topic: with a heavy ‘Russia did it’ approach. Not only with the DNC hacks; Obama’s vocal criticisms of Putin’s approach to Aleppo (reportedly necessary and successful) also made headlines last year. Trump wanting a détente with Russia (a simmering of tensions) is frowned upon… But do we take the new US Red Scare 3.0 approach seriously or do we simply just shrug? After all, not all international players share the same opinion as America.

Only this week, French MP Thierry Mariani commented during a tour of Aleppo that Russia’s military intervention was critical to the direction of the Syrian war. “If the Russian army wasn’t here for a few months, Syria would have had a chance of falling into the hands of terrorists,” Mariani said. “Fortunately, Russians came here, and this changed the [direction] of the war,” he added.

The French MP vowed to show the French people the ‘real picture’ of Aleppo, saying it contradicted the Western media coverage.

According to the BBC, on Czech television, Syria’s President Bashar al-Assad openly admitted to US airstrikes on Syria not slowing IS. Assad’s own personal take: “Since the participation of Russia in the same fight (…) Isis has been shrinking – and al-Nusra Front of course and the other terrorist groups. The facts are telling.”

Granted that al-Assad’s words must be taken with a grain of salt, this is but a glimpse into a world free from the American looking-glass window; it is vital that we all look through it on occasion to appreciate the other side of the discussion.

For as long as governments exist, and differences of opinion are held, propaganda will always influence the sway of the pendulum and it will always surface in the media. Nonetheless, this is where our self awareness and intelligence will hopefully rise to meet the challenge. The Russian-American alliance has never been long lived when it starts. It’s akin to the dysfunctional family that wants to touch base but runs for the door once it happens. There’s a commitment issue, I fear.

It was seen after the tearing down of the Berlin Wall in 1989, after 1991 marked the end of the Cold War. The end of the proxy wars fought between the world’s two super powers – super powers that couldn’t fight openly without dragging the rest of the world into battle – also signified a new cooperation between the two nations. But it was short lived.


For now, Russia is the national obsession again.  But all the while Kimmy over in N. Korea is cooking his nukes and Israel is at simmering levels close to boiling over. Italy is financially ruined and France is about to vote in someone they probably shouldn’t. The lucky country, Australia, is stagnant, and China is still doing their thing. The world is in a mess. The real clashes are about to begin, but for now are covered less extensively in the media than what hackers hacked what servers…

…Because the western Days of Our Lives rhetoric is far more entertaining than the ICBM pointed in Washington D.C’s direction this week…

This article (The Russian Media Rhetoric Masks More Pressing Issues) is a free and open source. You have permission to republish this article under a Creative Commons license with attribution to the author AnonWatcher and AnonHQ.com.