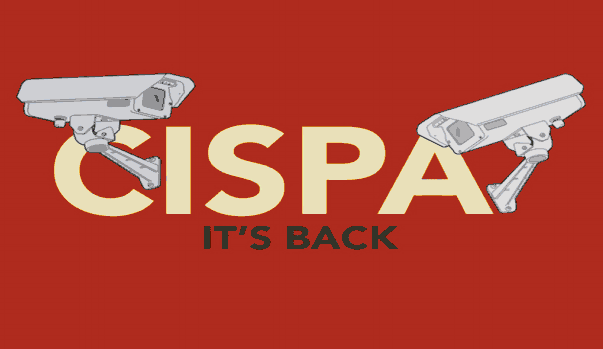 CISPA was criticized by advocates of Internet Privacy and Civil Liberties. According to them it

browsing history. They also fear that this law might be used to spy on the general public instead

Here is the opinin of Greg Nojem, Senior counsel at the Center or Democracy and

Technology: ‘’I think the Senate bill was much better placed when this issue came up before, it

limited law enforcement use to very specific circumstances, such as when there was the threat

of imminent death or body injury. This very broad criminal purpose creates the possibility that

would be receiving information it otherwise would not get unless it showed probable cause. You

when they have shared data that doesn’t pertain to a specific cyber threat.

You can find the latest Senate CISPA bill here