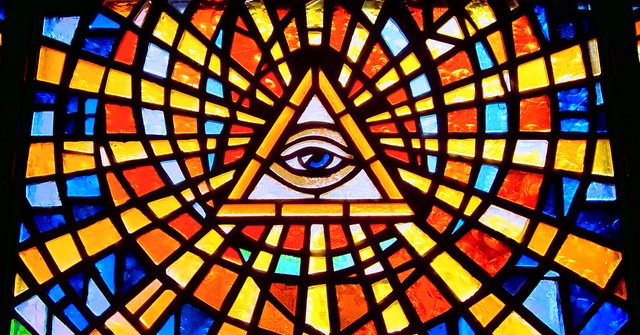 The next time you go on a trip to the mall, give those mannequins a nice big smile! This 245 billion (yes, with a “B”) dollar industry consists of five organizations throughout Europe and the US that make the ‘Eye See polystyrene frame mannequins.’ These particular mannequins’ eyes are equipped with face recognition cameras.

Despite the fact that surveillance gadgets hidden in a mannequin’s eyes is not seen as a security infringement by the general public, it has led to a few retailers raising the stakes as some of them have also started tracking people by means of collecting data from their cell phones. Though new security laws and rules are limiting the use of retail surveillance, these new creations are reportedly being used not only for law-enforcement but to permit retailers to gather information about you for advertising purposes.

If you think mannequins are the weirdest things watching you, then how about this one… the Statue of Liberty — the statue that welcomes the poor, the meek and huddled masses — has also been fitted with ‘the all-eeing eye(s)’ since 2002. It was back then when face recognition software was first introduced to the masses. In 2012, a company called Total Recall Corporation furnished our Lady Liberty with ‘Face VACS Video Scan’ software, which tracks a huge number of New Yorkers’ faces in real time.

In Tulsa, Oklahoma, a candy machine burglary was solved after the crooks’ faces were identified via the camera inside the vending machine. These cameras are owned and installed by the vending machine companies themselves. The reason, other than law enforcement, is obscure and they might very well be there to identify you for market surveying as well.

The XBOX Kinect, the motion-detecting console accessory, is also outfitted with cameras used to detect your motions and turn them into actions in a video game. However, imagine a scenario where you figured out that not only is your Kinect recording and storing your movements, it could also be recording and archiving the discussions you have while you’re playing — even while it’s switched off. Microsoft, to this day, denies that Kinect records conversations but in the same sentence they brag about its ability to monitor your heart rate and recognize your voice.

The organization Immersive Labs has developed technology for digital billboards that permits them to monitor your face and, after analyzing you, tailoring a particular commercial to play taking into account your facial features.

Adidas, Kraft and other organizations all utilize facial recognition technology in various stores to help them make more focused TV advertisements. The creepiest part of this is that the cameras are also connected to Facebook as well, so the organization could speculatively couple their feature reconnaissance with online networking profiles for a significantly juicier information grab.

And finally… a new tool that is fit for hi-tech surveillance will be introduced at numerous intersections in downtown Seattle, and rumor has it that there is another innovation being utilized here that includes triangulating our mobile phones, so that they essentially become rogue devices.

SOURCES: The Stranger, Washington Times, The Verge, The Guardian