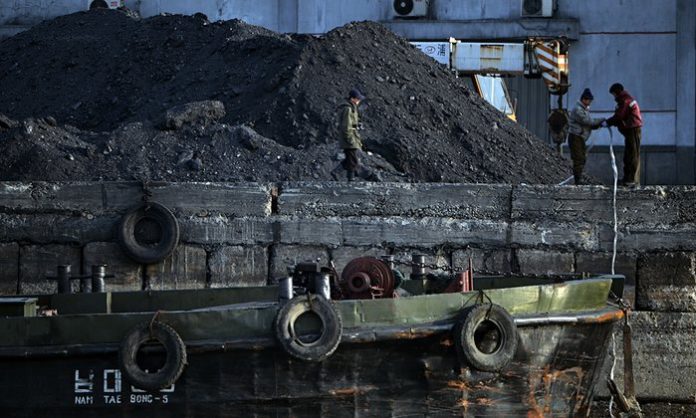 What do you know of North Korea —the most secretive country in the world? That it denounces the United States as the root of all evil in the Western world? That it is developing long-range nuclear missiles capable of reaching the White House if the U.S. ever threatened its sovereignty?

That the Hermit Kingdom is run by a fat brat with a ridiculous haircut? That spiked hair, sarcasm, and owning a Bible are banned and economic hardship and famines are censored in the eccentric East Asian nation? That there is absolutely no independent media, no satellite TV, and no foreign newspapers in Kim Jong-un’s totalitarian state?

That’s right. But North Korea — one of the most repressive states in the world — is way creepier than you think, more terrifying than you know, and far more bizarre than you can ever imagine. Here’re the top 10 facts about one of the most isolated and ruthlessly ruled nations on Earth that will shock the hell out of you…

Between 80,000 and 120,000 North Koreans are imprisoned in political prison camps surrounded by electrified fencing. An Amnesty International report documented rape, infanticide, torture, deliberate starvation, forced labor, and executions against the up to 120,000 men, women, and children detained for “guilt-by-association,” simply for being related to individuals deemed threatening to the autocratic regime.

These camps are characterized by systematic abuses, including meager rations that imperil health and can lead to starvation, virtually no medical care, lack of proper housing and clothes, regular mistreatment including sexual assault and torture by guards, and public executions. North Korea’s regime gets much of its income by exporting counterfeit drugs such as Viagra, illicit narcotics such as methamphetamine, counterfeit goods, human trafficking, counterfeit cigarettes, and counterfeit $100 U.S. bills.

Besides the illegal drugs and the counterfeit currency, North Korea brings in a lot of money by selling rifles and missiles to terror groups and rogue nations. Many of these illegal activities are undertaken at the direction of Kim Jong-un, with their proceeds going towards advancing the country’s nuclear and conventional arms production.

The reclusive nation functions almost entirely without gasoline and petroleum products. Vehicles have been retrofitted to run on what they refer to as “wood gas,” carbon monoxide and hydrogen gas that’s produced from wood or coal. Mirror reports:

The poverty-stricken subjects of North Korean despot Kim Jong-un are riding around in trucks powered by WOOD. The ancient vehicles – not seen in the West since World War II – use burners fuelled by charcoal and even corn cobs soaked in old oil. They are rarely stopped for checks because they produce huge clouds of stinking, acrid smoke as they move around. North Korea doesn’t have enough power. Its total electric output per year is, on average, 15 terawatt hours for 24 million citizens; America’s energy output in 2013 was over 4,000 terawatt hours. The amount of electricity North Koreans use in a year could power South Korean capital Seoul for less than four months. But the state argues that the country is not weakened by its lack of electricity and that “the essence of society is not on flashy lights.”

Half of the nation’s 24 million citizens live in extreme poverty. In 2016, North Koreans were warned to be prepared to eat roots of plants once again as the country headed towards another devastating famine. Crippling food shortages have caused widespread illness as thousands are forced to survive on so-called “wild foods” such as grass and tree bark, claims Amnesty International:

The chronic food shortages have forced North Koreans to eating barely digestible or even poisonous plants, consigning the most needy to hunger and illness. They have been adding grass or roots to existing foodstuffs to make food go further, such as mixing grass with ground corn to make corn gruel. 6. North Korean children are required to bring their own desks and chairs.

7. North Korea has a “free” medical system, but patients must pay for their own drugs, cover the cost of heat, and prepare their meals at home.

…18 for women and 10 for men. In 2015, the communist state ordered young men to model their hairstyle after that of Kim Jong-un, while young women were told to keep their hair bobbed like Kim’s wife Ri Sol-ju. …which means, if you commit a crime or try and escape the country’s brutal prison camps, your grandparents, parents, and children will be punished.

RELATED: 20 Photos North Korea’s Kim Does Not Want You To See

This article (Top 10 Terrifying Facts You Probably Never Knew About North Korea) is a free and open source. You have permission to republish this article under a Creative Commons license with attribution to the author and AnonHQ.com.