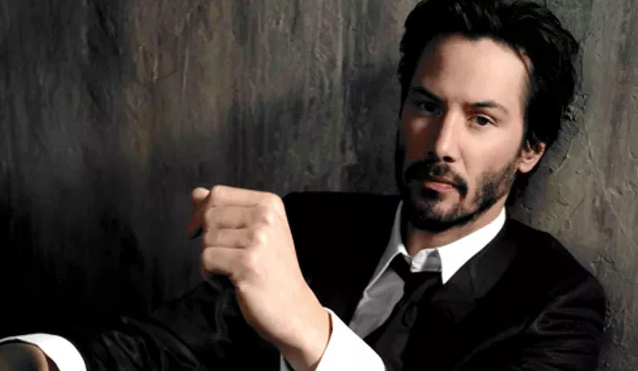 Keanu Reeves is 50, and he is alone. He describes the losses he had suffered in his life, full of devastation, as unfair and absurd. His is a life accentuated by constant tragedy, and it is hard not to admire his bravery once you find out what he has been through.

Reeves’ father drops out of his life

In 1967, Samuel Nowlin Reeves abandoned his family – his wife Patricia Taylor, and two children Keanu and Kim. Keanu was only 3. They lived in Lebanon, Australia and New York, before settling down in Toronto. Keanu visited his father occasionally till he was 6. After he turned 13, he visited him one last time at his Hawaiian farm. In a 2000 Rolling Stone interview, Keanu said, “Jesus, man. No, the story with me and my dad’s pretty heavy. It’s full of pain and woe and f*cking loss and all that sh*t”. Keanu struggled with dyslexia; he eventually left high school without even receiving a diploma.

In 1993, Keanu’s best friend and fellow actor River Phoenix, 23, overdosed on a toxic concoction of cocaine, morphine, and valium outside The Viper Room, an LA club owned by Johnny Depp. He suffered five seizures before he passed away. During his Reddit AMA in 2014, Keanu answered a question about what River Phoenix was like. “He was a remarkable human person and actor. We got along very well, and I miss him. I think of him often,” he had replied.

In 1998, Keanu met Jennifer Syme, a young actress. In 1999, Syme gave birth to a stillborn daughter. 18 months later, Syme died in a car accident. “Grief changes shape, but it never ends. People have a misconception that you can deal with it and say, ‘It’s gone, and I’m better’. They’re wrong. When the people you love are gone, you’re alone. I miss being a part of their lives and them being part of mine. I wonder what the present would be like if they were here – what we might have done together. I miss all the great things that will never be,” Keanu said in a 2006 Parade magazine interview.

And to make matters worse…

… Kim, his sister, fell ill due to her decade long battle with leukemia. The cancer eventually fell into remission, but she is still fighting the disease. “When she was in the hospital he was there with her all the time, sitting at her bedside, holding her hand. Sometimes, it’s almost like he doesn’t trust himself to have a relationship with anyone,” his close friend had revealed. He donated privately and publicly to numerous cancer charities, research centers, and hospitals. He has set up his own charity and also supports Stand Up to Cancer and the SickKids Foundation.

His brush with death

In 1988, a bike accident on Topanga Canyon Boulevard left him with a thick scar rising vertically up his stomach. His spleen would later have to be removed. He lay on the pavement for half an hour before help arrived. “I call that a demon ride (that means riding at night with no headlights). I remember saying in my head, ‘I’m going to die’. I remember calling out for help. And someone answering out of the darkness, and then the flashing lights of an ambulance coming down. This was after a truck ran over my helmet. I took it off because I couldn’t breathe, and a truck came down. I got out of the way, and it ran over my helmet,” he told Rolling Stone. Another motorcycle accident in 1996 broke his ankle and left him with a wide, curved scar on his right leg.