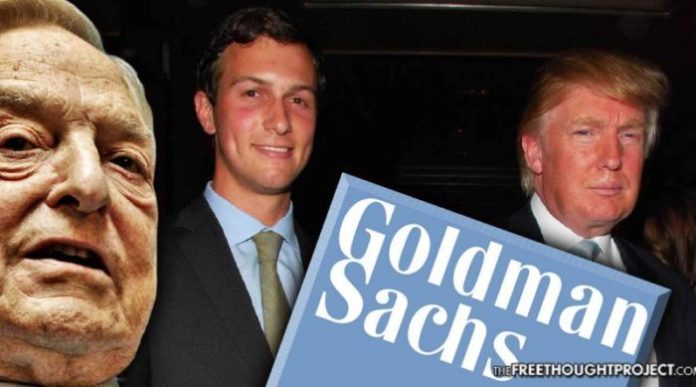 Both Donald Trump and Hillary Clinton were the most unpopular presidential candidates in the history of U.S. politics. As for Clinton, she used the influence of her husband Bill Clinton, a close friend of the 1%, to win the nomination of the Democratic Party. Executives of the party favored Clinton over Bernie Sanders during the party’s primaries. Becoming the candidate of the GOP, Trump replicated what he did during the primaries in the main campaign trail for the White House. Trump portrayed himself as the person for the people (99%) who would rebel against the 1%. He promised to take America from the bankers, the billionaires and other business magnates, and give the country back to the real owners – the people.

The message resonated in the ears of many Americans, and millions voted for Trump. Today, Trump is leading a Cabinet as the Chief Executive of the U.S. and still claims he wants to “make America great again.”

However, what is emerging from Trump’s Cabinet and those around him in the White House appears to suggest Trump lied to get the power he desired. Literally, Trump can’t take America from the 1%. In fact, the 1% still has significant influence over the people who are close to Trump. Trump himself is part of the 1%, and his cabinet is the richest in American history, with several billionaires now placed within it. This truth alone proves America remains in the hands of the 1 percent – those that Trump promised would be removed.

A new investigation by The Wall Street Journal has revealed that a top advisor of President Trump, Jared Kushner, didn’t disclose his business ties with George Soros, Peter Thiel, and Goldman Sachs. Kushner neglected to reveal the $1 billion he also owes in bank loans before taking up his position as the chief advisor to the President of the U.S.

Apart from serving as top advisor to the President, Kushner is also Trump’s son-in-law – husband to Trump’s daughter, Ivanka Trump. According to The Journal’s investigation, despite working as a top official in the Trump administration, Kushner failed to identify his part ownership of Cadre, a real-estate startup he founded, which links him to the Goldman Sachs Group, and billionaires including George Soros and Peter Thiel.

The Journal revealed further that Kushner also failed to identify debt of more than $1 billion from 20 lenders and personal guarantees, to help pay more than $300 million of the debt.

According to The Journal, it was able to get this damning information about Kushner through an anonymous source that is likely from the White House or somebody close to him.

The source told the outlet that Kushner still owes money to the Bank of America, Blackstone Group, Citigroup, UBS, Deutsche Bank, and RBS. In Kushner’s business disclosure made before he took the White House job, he failed to make his dealing with these banks known.

Reacting to these revelations by The Journal, Jamie Gorelick, an attorney for Kushner said that Cadre was part of BFPS Ventures LLC, a company Kushner owns and identified in his government financial-disclosure forms. Gorelick, however, failed to comment on why his client failed to disclose the hefty loans with the banks. But ethics experts told The Journal that it is necessary for Kushner to disclose his financial dealings with the banks so that if a case arose that involved his lenders, he could recuse himself from such events. Trevor Potter, a former chairman of the Federal Election Commission to The Journal in an interview said, “Anything that presents a potential for the conflict of interest should be disclosed so that the public and the press can monitor this.” Potter added that investments in startups like Cadre should definitely be disclosed.

The Chief Advisor of the President concealed his business interests from the public. Trump himself has also failed to disclose his tax returns, despite public pressure. Currently, we can only wait and see what will later emerge from the White House as time goes by, Nonetheless, Trump continues to maintain he will make America ‘great’ again.

This article (Top Trump Advisor Hides Business Ties to George Soros, Peter Thiel, Goldman Sachs, Owes $1B in Loans) is a free and open source. You have permission to republish this article under a Creative Commons license with attribution to the author and AnonHQ.com.