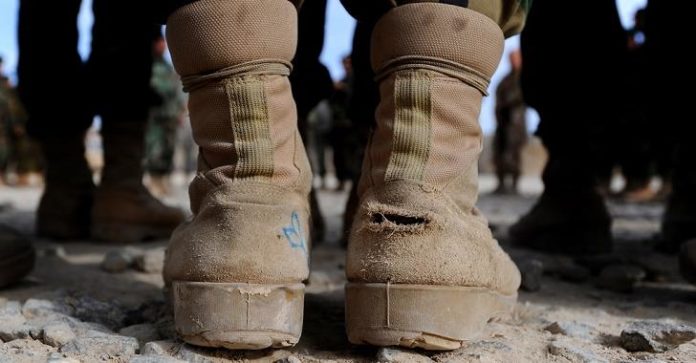 (MPN) As the Syrian conflict has dragged on for the better part of six years, foreign troops have continually played a major role in the fighting and in the conflict’s escalation, causing some to comment that Syria’s so-called civil war is really a proxy war between competing geopolitical interests.

The presence of foreign troops has consistently been a point of controversy for the embattled regime of Syrian President Bashar al-Assad, as only one foreign nation – Russia – was ever invited to bring troops into the country. In contrast, the forces of other nations – nearly all of which have long been seeking Assad’s removal – have waffled between claiming that their troops are in Syria to fight the Islamic State or to depose Assad, placing the Syrian president in an undeniably complicated situation.

But despite how the involvement of competing foreign interests has drawn out the conflict, the Syrian government is quickly approaching what could very well be the final major battle for the fate of the nation. After reclaiming Aleppo from moderate rebel forces and the Islamic State, all eyes turned to Raqqa – the last remaining stronghold for the Islamic State and other extremist rebel groups.

Now, a few months later, Syrian forces are quickly closing in on Raqqa and, according to Assad, the Syrian war is set to end in “a few months.” Unless, of course, a foreign military intervenes.

While no official foreign invasion has been announced, there have been recent increases in the amount of foreign troops being deployed in Syria, particularly from the U.S. Beginning with an estimated 50 or so special operations troops sent in 2015, the number of U.S. troops in Syria is set to top 3,000, thanks to a recent deployment of nearly 2,500 soldiers in Kuwait who will soon be deployed to Iraq and Syria at the discretion of U.S. military command. Those deployed in Syria, according to Army Lt. Gen. Joseph Anderson, will be sent to Raqqa.

Though Assad has refrained from attacking foreign forces hostile to his regime that are operating within Syria’s borders, this recent escalation has prompted him to step up his rhetoric. In a recent interview with Phoenix TV, Assad stated that “any foreign troops coming to Syria without our invitation or consultation or permission, they are invaders, whether they are American, Turkish or any other one.”

Though Assad didn’t specifically single out U.S. troops, he did state the following:

“What are they [foreign troops] going to do? To fight ISIS [Islamic State, formerly ISIL]? The Americans lost nearly every war. They lost in Iraq, they had to withdraw at the end. Even in Somalia, let alone Vietnam in the past and Afghanistan.”

Assad then added that the U.S. “didn’t succeed anywhere they sent troops, they only create a mess; they are very good in creating problems and destroying, but they are very bad in finding solutions.”

“The complexity of this war is the foreign intervention. This is the problem,” he continued.

However, foreign intervention is increasingly seeming more likely than not. According to the head of U.S. Central Command Army General Joseph Votel, once Raqqa is liberated from Islamic State elements, U.S. forces will be “required” to stabilize the region as U.S. officials anticipate that “America’s allies,” i.e. anti-Assad rebels, will need assistance from the U.S. military to establish “Syrian-led peacekeeping efforts” in the area.

If this comes to pass, the U.S. will once again be an occupying force in yet another Middle Eastern nation. It seems likely that the U.S. will return to its former mantra “Assad must go” and refocus its efforts on removing Assad from power once and for all.