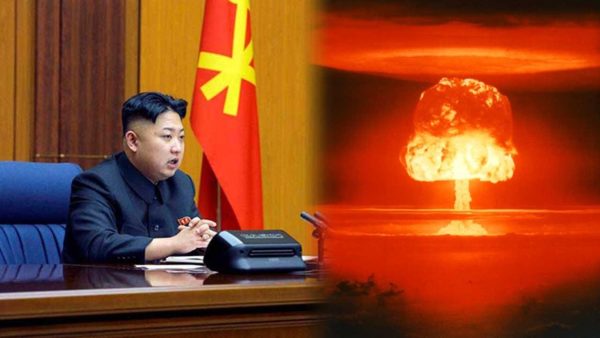 The United States and its allies in the Far East are on high alert. The tension comes after the Democratic People’s Republic of Korea (North Korea) carried out its biggest ever nuclear test on September 9, 2016.

The South Korean government said it detected a 5.3 magnitude tremor, located near the site where the North carried out its unprecedented nuclear test. Government officials of the South have admitted that their country is sitting on tenterhooks; fearing that North Korea has made significant advances on its nuclear technology front. The South Korean President, Park Geun-hye, described the test as an act of self-destruction and maniacal recklessness by the North’s leader, Kim Jong-un.

North Korea is banned by the International Community from any nuclear or missile technology testing. The country has been hit by five sets of sanctions from the United Nations since it first carried out a nuclear test in 2006, but seems to have made little difference in deterring the nation. North Korea has insisted that it is conducting the tests in self-defense. Especially this year, the country has tested many of its deadly weapons. Before this current nuclear test, in late August, both United States and South Korea’s defense officials confirmed North Korea’s success in firing a ballistic missile from a submarine, known as Submarine Launched Ballistic Missile (SLBM), towards Japan. The South Korean Joint Chiefs of Staff and the Defense Ministry revealed how the projectile was fired near the coastal city of Sinpo, near North Korea’s submarine base. Japan, a seemingly United States ally, condemned the test, lodging an official protest again North Korea. North Korea has repeatedly condemned the military build-up in the peninsula, saying the United States and South Korea are planning an invasion. This has led North Korea’s military preparations, in the event of a real attack. The planned placement of THAAD in South Korea, by the United States, has even further exacerbated the situation.

China is the strongest ally of the North Korean regime. The United States has hoped to use China, wanting them to press against North Korea to stop its weapons testing. However, this United States ‘dream’ has been dashed. Uneasy tensions between the United States and China over the South China Sea are also adding fuel to the fire. China has already warned Japan to never join the United States under the so-called Freedom of Navigation on the disputed waters. At the just ended Group of 20 nations meeting held in the Chinese eastern city of Hangzhou, President Barack Obama was not given a friendly welcome by the Chinese. Obama had to exit his plane via the emergency door after Chinese officials refused to provide him with a staircase.

China’s move seems strategic. This development demonstrates to the United States how China is no longer set to tame North Korea. In fact, it is likely that China is quietly anticipating (behind the scenes) further North Korean tests, in order to scare the United States and its allies in the region. In this latest test, North Korea’s state television reported the test was a nuclear warhead that has been standardized for mounting on strategic ballistic rockets. It is estimated that the weapon tested was worth 20 kilotonnes or more, making it nearly two times the bomb dropped by the United States on Hiroshima, in 1945.

The White House said in a statement that Obama had spoken to both Ms Park and Mr Abe, admitting that the situation in the region has become fragile and tense.

This article (U.S. and its Far Eastern Allies in Panic as North Korea Fires Biggest Bomb) is a free and open source. You have permission to republish this article under a Creative Commons license with attribution to the author and AnonHQ.com.