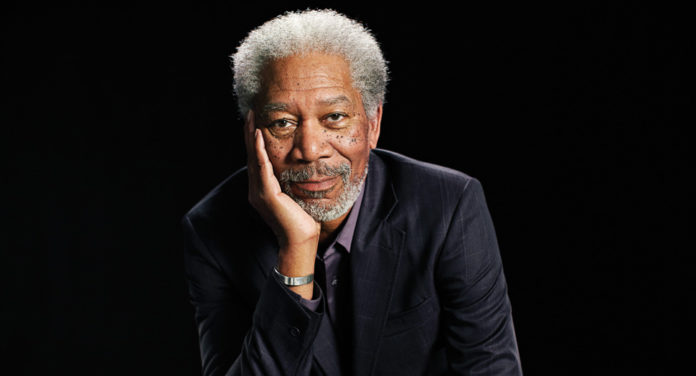 Morgan Freeman, the actor, is not only an accomplished artist. Over the years, Freeman has actively pursued ways to enrich his life and to help the world around him. From beekeeping to human rights, exploring racism, discussing the mainstream media’s propaganda campaigns, cannabis legalization advocacy and supporter of clean energy, Morgan Freeman is not only an actor, but an outspoken, yet calm, activist. Here’s what he has to say on some of these topics.

On bees and the environment:

Understanding the necessity of the bees’ link to the environment, the life-chain between Nature and food; Freeman discussed the establishment of his bee hives on his Mississippi ranch with jimmy Fallon.

“There’s a concerted effort to bring bees back onto the planet. We do not realize that they are the foundation, I think, of the growth of the planet, the vegetation. I have so many flowering things, and I have a gardener too. Because she takes care of the bees too, all she does is figure out, ‘OK, what would they like to have?’, so we’ve got acres and acres of clover, we’re planting stuff like lavender, I’ve got like, maybe 140 magnolia trees, big blossoms,” Freeman told Jimmy Fallon in a 2015 interview.

The Ferguson Protests and the Mainstream Media and Racism:

In Freeman’s words, the bias of the Ferguson reporting contributed to the protests and misinformation – only presenting one-sided, distorted police orientated stories. Though tongue in cheek, Freeman’s honest response about the mainstream media was: “F-ck the media.”

It isn’t the first time Freeman has pondered racism and the contributing factors. See the below clip for more of his thoughts.

Freeman has spoken out about his own medicinal experiences from using cannabis, citing it as the only “thing that offers any relief” from the fibromyalgia he suffers in his arm. Speaking frankly to the Daily Beast, he doesn’t understand why it isn’t legal.

“They’re talking about kids who have grand mal seizures, and they’ve discovered that marijuana eases that down to where these children can have a life. That right there, to me, says, ‘Legalize it across the board!’”

…We’re hearing you there, Morgan.

Morgan Freeman has pondered the question for over two decades – since he choked on bus fumes in New York. As an actor with a massive audience, he feels it his duty to inform and gather together – in the same spirit as a disaster – those willing to listen, and to help bring about change through a collective effort.

In a short documentary, Freeman narrates “What’s Possible,” urging everyone to act. In 2014, it was shown before dignitaries at the UN Climate Summit.

“We have never faced a crisis this big, but we have never had a better opportunity to solve it. We have everything we need to wake up to a different kind of world,” Freeman says of climate change. Watch the clip below to see the short documentary.

This article (From Actor, Advocate to Activist: Morgan Freeman’s Important Message) is a free and open source. You have permission to republish this article under a Creative Commons license with attribution to AnonWatcher and AnonHQ.com.