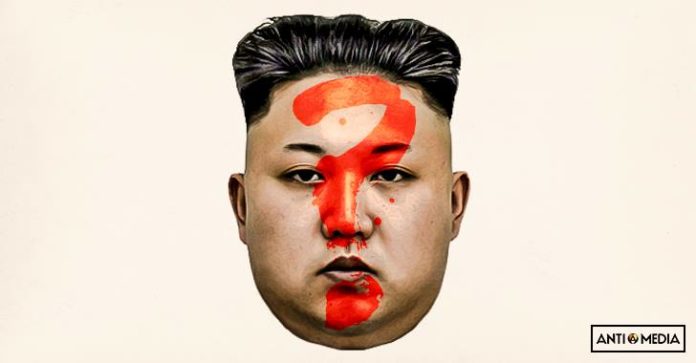 South Korea — For the first time, special forces units of the U.S. military will participate in ongoing and annual joint drills with South Korea, Asian media reported Monday. And the stated objective of their training is to prepare to take out North Korean leaders in a potential regime change scenario.

“The U.S. Navy SEAL Team Six will join the annual Foal Eagle and Key Resolve exercises between the two allies for the first time, along with the Army’s Rangers, Delta Force and Green Berets.”

Naming North Korea’s ruler directly and citing an unnamed official from South Korea’s Ministry of Defense, the Joon Gang Daily said Monday that the elite units are there to “take part in an exercise simulating the removal of North Korean leader Kim Jong-un.”

The paper, discussing the team that took out Bin Laden, went on to note that Japanese media reported on the special forces units’ arrival:

“The Japan Times reported that the American unit boarded the USS Carl Vinson, a Nimitz-class aircraft carrier last Friday, and are currently training in South Korean waters. The carrier will arrive in Busan Port Wednesday, according to the Japanese newspaper.”

Another unnamed military official, according to Yonhap, said the drills will also target the North Korean war machine.

“A bigger number of and more diverse U.S. special operations forces will take part in this year’s Foal Eagle and Key Resolve exercises to practice missions to infiltrate into the North, remove the North’s war command and demolition of its key military facilities,” the official said.

Joon Gang Daily quoted an official from the Ministry of National Defense who claims the move is in response to North Korea’s nasty habit of saber-rattling.

“It will send a very strong message to North Korea, which is constantly carrying out military provocations,” the official said.

As Anti-Media reported last week, tensions are high in the region now. North Korea, which feels threatened by the military cooperation between the South and its ally the United States, fired off rockets that landed just off the coast of Japan, another U.S. ally. North Korean state media later confirmed it was in direct response to the drills.