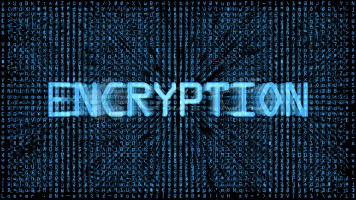 2-22-16 – In response to the ongoing legal battle with Apple FBI Director James Comey said via a blog post to the American public yesterday that all the FBI is trying to do is “to guess the terrorist’s passcode without the phone essentially self-destructing and without it taking a decade to guess correctly. That’s it. We don’t want to break anyone’s encryption or set a master key“. Raising the serious question, does the director of the FBI know what what encryption means?

The “pass-code” literally is the encryption of the phone. This is exactly what the FBI is trying to “break“. This court ruling is asking Apple at their own cost mind you, develop a new program which can bypass the software used to encrypt current Iphones. By developing this program and using it to hack one phone, we ipso facto now have the ability to hack any/every Iphone. Making encryption pointless in the first place. This is why many people refer to this program as a “master-key” of sorts which has the ability to unlock any phone. Keep in mind this technology does not exist at the moment, Apple did this to keep consumers safe. Now the United States Government is demanding this protection end! – and has taken legal action to do so.

In his blog post Mr. James Comey attempted to brush the importance of the court proceedings under the rug when he said “stop saying the world is ending.” This is important to note because in the eyes of many, simply asking to keep our personal/private messages, private from governments recordings is not “fearing the world is ending” – it is a simple fundamental right. Furthermore in 2016 who actually believes the United States Government needs more power/authority to spy on citizens than we have already currently given them?

As the following information will demonstrate for you to clearly piece together this issue over Apple and encryption is nothing new.

I think in 2016 many people today would say they regret the passing of the Patriot Act. The reason this legislation was passed with such over whelming majority is that it came fresh off the heels of the worst terror attack in United States history. Many people were afraid and wanted to get a grip on the situation and get ahead of the game. They did just this to the point the grew so powerful many respectable Congressmen questioned if their operations violated the United States constitution. The point here is that like the Patriot Act of 2001, the government is a using terrorism as a justification for breaches of personal privacy. Also like the Patriot Act, this Apple Encryption case this is simply a tool for the United States government to watch its citizens.

Last December Congress passed legislation limiting the power of the Federal Government to collect data on citizens after it was revealed that the NSA created a file on the personal data of over 300 million of the 330 million American Citizens living inside the United States: http://anonhq.com/41000-2/

Many people do not know that information, but despite that recent polls actually show the majority of people in the United States are actually siding with the FBI on this issue, not Apple: http://www.newsweek.com/over-half-americans-support-fbi-over-apple-encryption-fight-study-429241?piano_d=1

If you think that stat above^^^ is mind blowing then there is something you can do, below you will find is a petition being passed around which has over 104,000 signatures to date. This petition asks you simply to share your honest thoughts, opinions, concerns over encryption. The petition is run by the government and all comments will be seen by the United States Congress. The Court proceedings with the FBI aside, Congress is facing many new bills with different proposals from every state on the issue of encryption. Very few of them have computer knowledge, so the legislature is curious what people really think on this issue before they go ahead and cast upcoming votes. You are encouraged to share your opinions on the matter.

From Apple CEO | Instructions How To Create A Password That Will Defeat FBI Backdoor: https://theintercept.com/2016/02/18/passcodes-that-can-defeat-fbi-ios-backdoor/

How To Secure Your Windows Phone: https://ghostbin.com/paste/vromn

How To Secure Your Android Phone: https://ghostbin.com/paste/oehzj

This article (Understanding The FBI’s War on Encryption) is free and open source. You have permission to republish this article using a creative commons license with attribution to the author and AnonHQ. Join the conversation at www.anonboards.com