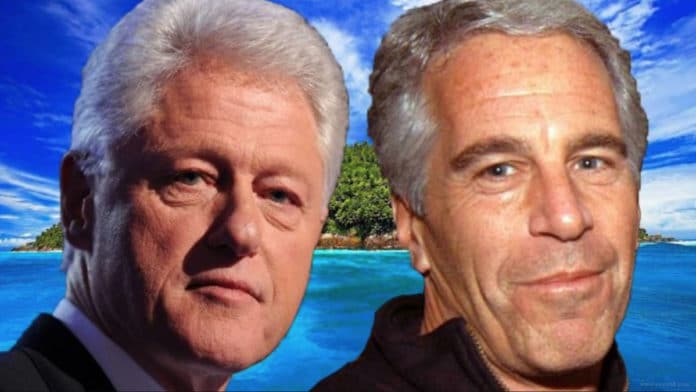 A set of documents were unsealed from a previous civil trial between Ghislaine Maxwell and Virginia Giuffre, one of Jeffrey Epstein’s victims.

2 days ago, a set of documents were unsealed from a previous civil trial between Ghislaine Maxwell and Virginia Giuffre, one of the most public and outspoken of Jeffrey Epstein’s victims.

After Giuffre went public with her accusations in 2010, she faced a storm of very public denials and attacks from Epstein’s associates which lasted for years.

As a result, Giuffre filed defamation lawsuits against those who attacked her in the media. A lawsuit against Maxwell was settled in June of 2017, but everything that was revealed during the trial was sealed, aside from the fact that Maxwell was forced to pay Giuffre millions of dollars in the settlement.

Maxwell’s attorneys have fought to keep the details of the civil trial sealed, but their requests were denied by a judge who ordered the documents to be unsealed this Thursday.

Among the information revealed in the documents, is Giuffre’s testimony that she saw former Democratic President Bill Clinton on Epstein’s island with “two young girls” from New York.

In her testimony, Guiffre said that she remembered Epstein telling her that Bill Clinton owed him some favors.

“He would laugh it off. You know, I remember asking Jeffrey what’s Bill Clinton doing here [on Epstein’s island] kind of thing, and he laughed it off and said well he owes me favors. He never told me what favors they were. I never knew. I didn’t know if he was serious. It was just a joke… He told me a long time ago that everyone owes him favors. They’re all in each other’s pockets,” she said in her testimony, according to Newsweek.

It is well-documented that Clinton was closely connected with both Epstein and Maxwell, and spent a significant amount of time on Epstein’s island.

He also continued to hang out with them after they were both exposed as sex offenders. In fact, Maxwell was served court papers relating to the Epstein trafficking ring in 2009 while she was attending the Clinton Global Initiative at the Sheraton Hotel in New York City.

Just a few months later, Maxwell attended Chelsea Clinton’s wedding, and Bill continued his relationship with both of them for many years despite the public knowledge of their crimes.

After Epstein was arrested last year, The Clinton Foundation was forced to respond to the allegations that the former president was a participant in Epstein’s trafficking network.

The foundation claimed that Clinton “knows nothing about the terrible crimes Jeffrey Epstein pleaded guilty to,” and suggested that “Clinton took a total of four trips on Jeffrey Epstein’s airplane.

“Staff, supporters of the Foundation, and his Secret Service detail traveled on every trip. He’s not spoken to Epstein in well over a decade, and has never been to Little St. James Island, Epstein’s ranch in New Mexico, or his residence in Florida,” the statement read.

However, according to flight logs that were leaked in 2015, Clinton has taken at least 11 flights on Epstein’s airplane. Clinton is just one of many high profile individuals who are suspected of being involved in Epstein’s trafficking network. Other names include Prince Andrew and President Donald Trump.