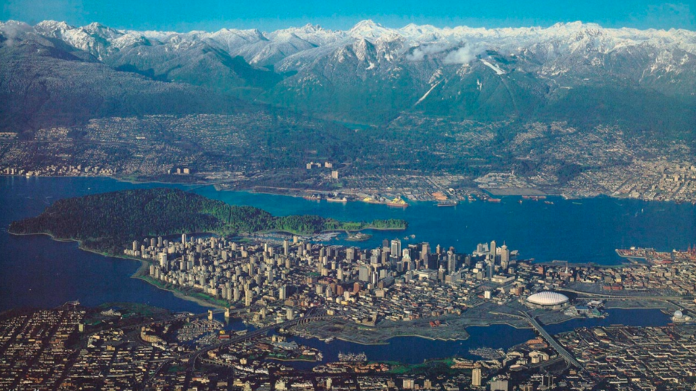 On March 26, following a City Council Vote Vancouver, Canada formally announced its commitment to run the city on 100 percent renewable energy; making it the first Canadian city to commit to using only renewable energy sources for all their electricity, heating and cooling needs. The announcement was made at the ICLEI World Conference 2015 in Seoul, South Korea. But Vancouver is not alone, currently more than 50 other cities worldwide have also adopted the project. The motion was initially put forward by, Vancouver Mayor Gregor Robertson. In a statement the Mayor said:

“Cities around the world must show continued leadership to meet the urgent challenge of climate change, and the most impactful change we can make is a shift toward 100 percent of our energy being derived from renewable sources. The future of Vancouver’s economy and livability will depend on our ability to confront and adapt to climate change, and moving toward renewable energy is another way that Vancouver is working to become the greenest city in the world.”

Here are 10 of the changes Vancouver will be making in order to become one of the world’s greenest cities: By 2020, Vancouver plans to double the number of green jobs within the city, and transform existing jobs into greener alternatives. This will will help the city obtain an international reputation as a dominant green enterprise . The city will reduce energy use and greenhouse gas emissions in existing buildings by 20% on 2007 levels, it will also require all buildings constructed from 2020 to be carbon neutral. Transforming how citizens travel is a vital component to reducing emissions, with walking and cycling being the greenest options. By 2020, the city aims to have its residents and tourists cycling, walking or using public transport for over 50% of their trips. Kilometers traveled per resident by motor vehicle, is expected to drop 20% from 2007 levels. Currently, the city diverts 55% of regional solid waste from disposal. However, to successfully achieve their goals they need to create zero waste. Compared with 2008 levels, solid waste destined for landfills or incinerators will be reduced by 50% by 2020. The city’s first target is to guarantee that every resident has either a park, beach, greenway or other natural space within a five-minute walk of their home. Their second 2020 target is to further plant 150,000 trees within the city. To aid the planet and set a realistic green living example for other cities across the world, Vancouver aims to reduce its per capita ecological footprint by 33% over 2006 levels by 2020. By 2020, Vancouver aims to consistently meet the highest standards and guidelines of British Columbia, Canada and international community for drinking water quality. A target to reduce the city’s per capita water consumption by 33% over 2006 levels has also been issued. In order to possess the world’s cleanest air, within every major city, Vancouver has issued a 2020 target to meet the toughest British Columbian, Canadian and international air quality standards and guidelines. Lastly, the city has implemented a 2020 target to increase local food assets by a minimum of 50% from 2010 levels. This will increase access to fresh locally grown foods, which have been fairly produced and harvested without the use of harmful chemicals.