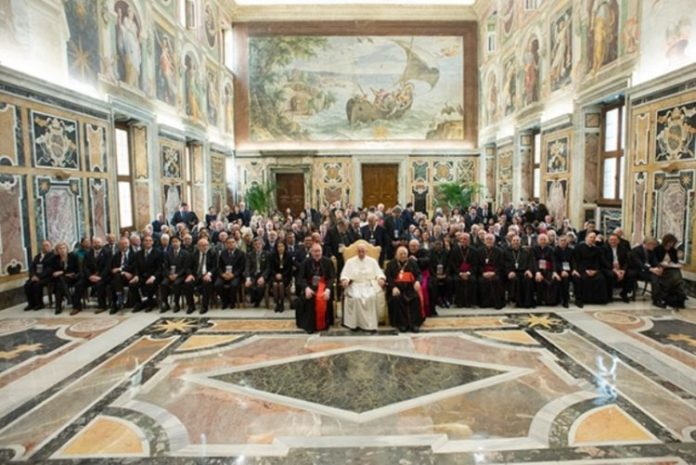 The Roman Catholic Church has long opposed Science—a systematic enterprise that builds and organizes knowledge in the form of testable explanations and predictions about the universe.

For example, the 17th century scientist Galileo Galilei was forced by the church to retract his so-called heretic theory that the Earth moves around the Sun. Threatened with torture and interrogated for 18 days in prison, Galileo promised to never again teach his theory to the public. He was then put under house arrest for the rest of his life at a small farmhouse outside of Florence, Italy. In fact, Galileo was lucky to have been put under house arrest by the church. Some who tried to predict the universe, based on evidence and reasoning at the time, were brutally killed or banished by the church. The Italian astronomer, Giordano Bruno, who argued that the universe was infinite, was burned to death by the church. The church believed then that such teachings were a direct threat to the teachings of the church, hence the effort to eliminate people who held those views.

But as time went by, humanity realized progress was impossible without relying on empirical evidence and reasoning; the church’s attitude towards science began to change.

The church proved it had embraced science when in 1936, Pope Pius XI established the Pontifical Academy of Sciences at the Vatican.  The goal of the academy is to promote progress made in mathematical, physical, natural sciences and empirical knowledge in general.

The church has also gone one step further. Now it is looking for ways to strengthen the relationship between the church and science to improve the world and to allow all species on Earth to thrive. Researchers said one in five species on Earth faces extinction. Our climate is getting worse. We are increasingly being exposed to new diseases. Currently, it is said approximately 60% of all primate species are at risk of extinction. 75% are witnessing a decline in population. This is said to be caused by anthropogenic factors ranging from industrial agriculture encroaching on habitats to pollution and the spread and mutation of diseases.

This has led researchers to say the world risks extinction if nothing is done to reverse the current trend. The Roman Catholic Church, in response, assembled a group of eminent scientists at the Vatican to find a solution to these problems. Leading biologists, ecologists, economists among others from around the world, were invited to formulate possible solutions to address the dire situation. “By the beginning of the next century we face the prospect of losing half our wildlife… The extinctions we face pose an even greater threat to civilisation than climate change – for the simple reason they are irreversible,” biology Professor Peter Raven, of the Missouri Botanical Garden told the Observer.

Scientists who attended the conference at the Vatican admitted that the church has now taken a completely new stance on science. According to the scientists, the fact that such a conference was organized by the Vatican shows how the church has fully embraced science, realizing the way forward for humanity lies within its study.

“That the symposia are being held at the Papal Academy is also symbolic. It shows that the ancient hostility between science and the church, at least on the issue of preserving Earth’s services, has been quelled,” said economist Sir Partha Dasgupta of Cambridge University.

Biologist Paul Ehrlich of Stanford University in California said humans should blame themselves for triggering a disaster that is likely to end the world. He said if all nations on Earth were to be engaged in wasteful spending like the United States, humans would need more places like Earth in order to survive.

“We have triggered a major extinction event. The question is: how do we stop it? If everyone consumed resources at the United States level – which is what the world aspires to – you will need another four or five Earths,” he revealed. But despite the challenges currently facing the world, recent research by paleontologists suggested that the planet may recover from the anticipated mass extinction by healing itself naturally. In few locations around the world, researchers said they have discovered signs of complex ecosystems developing after the last great mass extinction event, approximately 1.5 million years ago

We can only hope this study proves positive. It is a fact that our planet is currently facing many dire outcomes.

This article (Vatican Finally Embraces Science, Gathers Eminent Scientists to Fight Mass Extinction Facing Humanity) is a free and open source. You have permission to republish this article under a Creative Commons license with attribution to the author and AnonHQ.com.