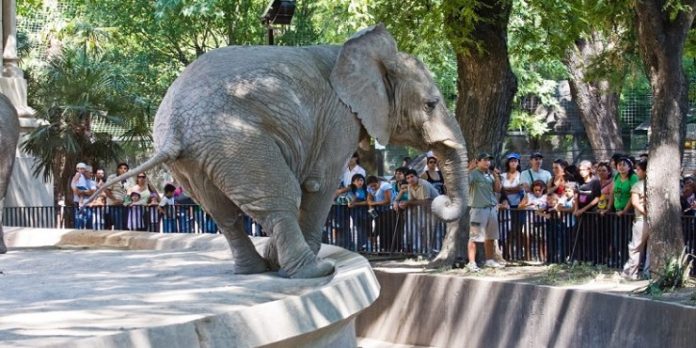 To the delight of animal rights activists, Buenos Aires has announced plans to close down its 140-year-old zoo.

Did you know? Only a minority of animals cared for at zoos and available to be peered at by the public are kept in captivity to conserve their species. The rest are often crowd favorites, such as polar bears, giraffes, and hippos, and live in confinement so that humans might be entertained.

Because animals thrive when they are free to exist in their natural habitats, Costa Rica recently shut down all of its zoos. Now, Buenos Aires is following suit and has plans to close down its one zoo because, in the words of Horacio Rodríguez Larreta, the mayor of Argentina’s capital city, “captivity is degrading.”

“This situation of captivity is degrading for the animals, it’s not the way to take care of them,” says the mayor.

The Guardian relays that the zoo’s 2,500 animals – comprised of 89 species of mammals, 49 species of reptiles and 175 species of birds – will be transported to nature reserves throughout the country. In their new homes, they will live in more suitable environments. The old and sick animals not likely to survive being relocated will remain in their enclosures, but not on display.

The zoo is to be converted into an “ecopark” which will serve to educate the public on “how to take care of and relate to the different species.” It will especially be targeted at children.

“What we have to value is the animals. The way they live [at the zoo] is definitely not the way to do that.”

Animals that are rescued from illegal trafficking and in need of rehabilitation will also be welcomed at the ecopark, say city officials.

One of the reasons the zoo may be shutting down is because it has been prone to scandals in the past, according to the BBC. For example, the establishment received criticism for keeping polar bears in its notoriously hot city, among other complaints.

According to Gerardo Biglia, animal rights lawyer and long-time campaigner for the closure of the Buenos Aires zoo,

“The most important thing is breaking with the model of captivity and exhibition. I think there is a change coming for which we are already prepared because kids nowadays consider it obvious that it’s wrong for animals to be caged.”

This article (Victory! Buenos Aires To Close Its Zoo Because “Captivity Is Degrading”) is free and open source. You have permission to republish this article under a Creative Commons license with attribution to the author and TrueActivist.com