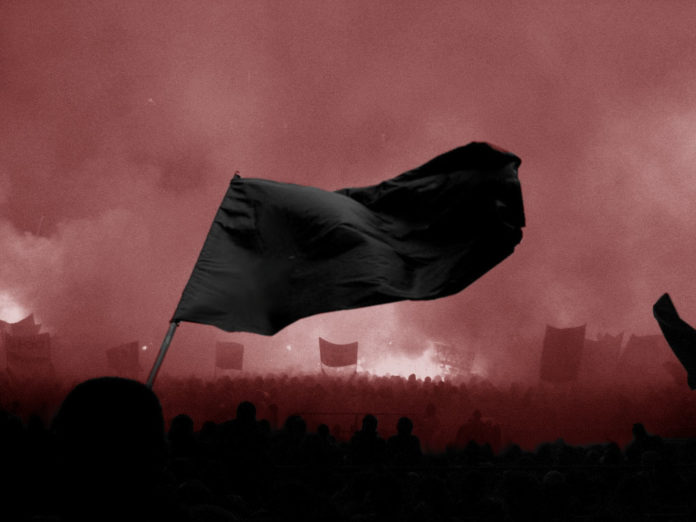 Many do not realize that anarchism, like socialism, communism, and even capitalism (though it’s called an “economic system”) is a political philosophy. Much of this is due to the mixed messages given in the media.

For example, the Merriam-Webster dictionary defines “anarchism” as:

A political theory holding all forms of governmental authority to be unnecessary and undesirable and advocating a society based on voluntary cooperation and free association of individuals and groups.

This can be a bit confusing when one reads their definition for “anarchy”:

A state of lawlessness or political disorder due to the absence of government authority.

To be fair, Merriam-Webster also added under anarchy “a utopian society of individuals who enjoy complete freedom without government,” however this was immediately followed by, “absence of order: DISORDER,” (yes, it was capitalized).

The word “anarchy” was actually adopted in 1840 by Pierre-Joseph Proudhon in his treatise “What is Property?” to refer to “anarchism.” Considering anarchism has never been tried, and has therefore never resulted in chaos, one might wonder how “anarchy” has come to bear its current definition.

We know the ruling bodies of the world have, for centuries, attacked that which is considered a threat, and what more of a threat could governments face than the prospect of their citizens choosing not to have a government at all? This report is not an argument for anarchism, but rather a tool for enlightenment. Considering the current economic and political conditions of nations around the globe, citizens should be educating themselves on the alternatives, and this should include, in all fairness, anarchism or any variation of it. The “governments” of this world have let their citizens down for thousands of years, and there is every indication that they will continue to do so.

Provided below is a video by Anarchast which outlines the real, so-called “dangers” behind anarchism compared to the systems we have used in the past, and those we are using now: