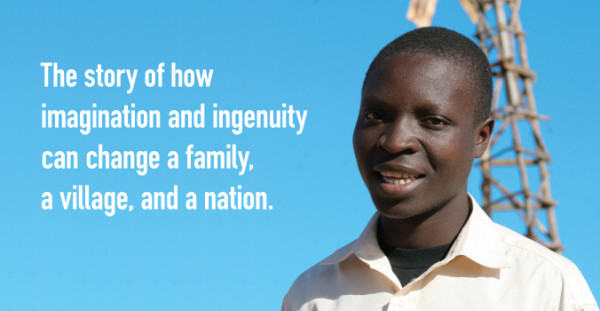 A school dropout from a remote village north of Lilongwe-Malawi has built a spectacular windmill from scraps and other used material through self learning to power his family home.

According to the Moving Windmills, William Kamkwamba a remarkable young was forced to drop out of school due to lack of funds from his parents.

William is then said to have turned to self-education and after seeing a picture of a windmill in a textbook, decided to build one to power his family’s home.

According to an interview William granted to the Natural Homes after his remarkable story was made public by local media, in the initial stage of his dream to build the windmill, many told him it was not possible to build such a windmill.

“I looked at my father and looked at those dry fields; it was a future I could not accept. I was determined to do everything possible to receive an education. So I decided to build a windmill. Many people, including my mother, said I was crazy”, he said. But despite this discouragement, William said he was more determined to build the mill due to its enormous benefits it will bring to his community. He explained “A book put knowledge in my hands. It said, ‘windmill could pump water and generate electricity’. Pumping water meant irrigation, a defence against hunger”

It is said since William story came to light, Moving Windmills Project– an organization founded in 2008 to pursue rural economic development and education projects in Malawi has championed to raise more than $111,545 to help expand the innovation idea by Williams. Currently, Williams’ windmill could only power four lights and two radios in his family home.

The organization is also planning a feature-length documentary that will tell the true story of the young innovator from Africa to be able to inspire others.

And for William, this is a dream come true and he is urging all his fellow young Africans to stick to their dreams until they accomplish them.

“I’d like to say something to all the people out there like me, to Africans and the poor who are struggling with your dreams, maybe one day you will watch this on the Internet. I say to you, trust yourself and believe, whatever happens, don’t give up”, he added.

This Article (Video: Watch The School Dropout Who Built A Windmill To Power his Family Home In Malawi) is free and open source. You have permission to republish this article under a Creative Commons license with attribution to the author and AnonHQ.com.