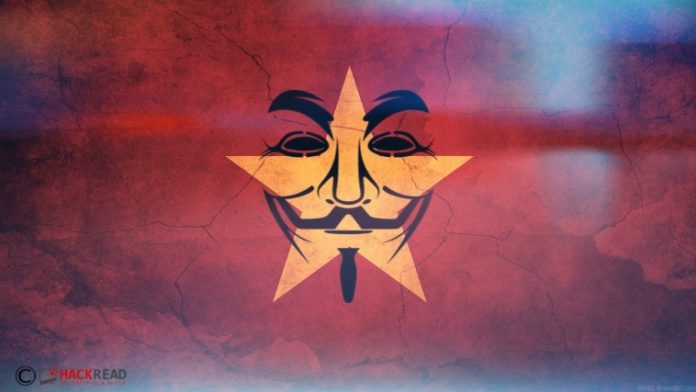 Members of the online hacktivist group, Anonymous, AntiSec and HagashTeam have hacked and defaced a number of Vietnamese government websites to protest against online censorship and human rights violations in the country.

In an exclusive conversation with one of the Anonymous handles on Twitter, HackRead was told that Anonymous stands with the repressed citizens of Vietnam. “Anonymous is a complex idea, born with the concept of freedom of expression and has as its main pillar. We warn Vietnamese government to release all political activists, journalists, bloggers and human rights defenders from the prisons.”

This Article (Vietnam Government Misuses Powers; Anonymous Brings Down Its Websites) is free and open source. You have permission to republish this article under a Creative Commons license with attribution to the author and AnonHQ.com.