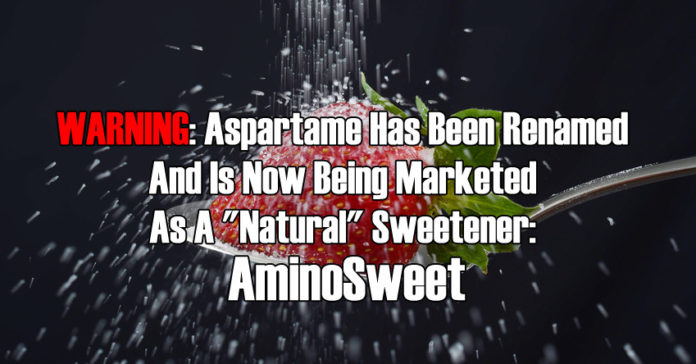 The official line is that the additive is safe, and regulatory bodies often do their best to ignore the negative results that have come from certain studies.
Aspartame has been linked to numerous health problems, from seizures all the way up to fatal cardiovascular attacks in women. More recently, studies have shown positive links to diabetes , and also increases the risk for heart, kidney, and brain damage.

This concern over aspartame in not just a recent problem, way back in 1967, Dr. Harold Waisman, a biochemist at the University of Wisconsin, on behalf of the Searle Company, conducted an experiment regarding the effect of aspartame on baby monkeys. Seven monkeys were fed aspartame mixed with milk, the results? one monkey died and five of the others suffered grand mal seizures.

Despite the public controversy surround aspartame, and the length of time we have known about the dangers of it, it is somewhat shocking that it is still found in many of the most popular food items consumed today.  “Diet” beverages, chewing gum, breakfast cereals, all contain this artificial sweetener, which is regarded as an excitotoxin.
In a crafty marketing move, aspartame can now be labelled under the name aminosweet in an effort to fool consumers into thinking the product they are buying is aspartame free. Do not be fooled.
Marketed under the brand names Nutrasweet or Equal, aspartame is used as an artificial sweetener in many ‘diet’ versions of foods. In the 1980s the CEO of Searle, Donald Rumsfeld, campaigned for it’s approval to be allowed in foods, and now with the blessing of the FDA how many millions more people will be duped into consuming this harmful chemical?
Aspartame is created by using genetically modified bacteria in the USA. In the European Union, it is codified as food additive E951.
If you enjoyed this article or learned something new, please don’t forget to share it with others so they have a chance to enjoy this free information. This article is open source and free to reblog or use if you give a direct link back to the original article URL http://www.organicandhealthy.org/2016/10/warning-aspartame-renamed-now-being.html. Thanks for taking the time to support an open source initiative. We believe all information should be free and available to everyone. Have a good day and we hope to see you soon!
CLICK HERE TO SUPPORT US VIA PATREON
Get Your Anonymous T-Shirt / Sweatshirt / Hoodie / Tanktop, Smartphone or Tablet Cover or Mug In Our Spreadshirt Shop! Click Here