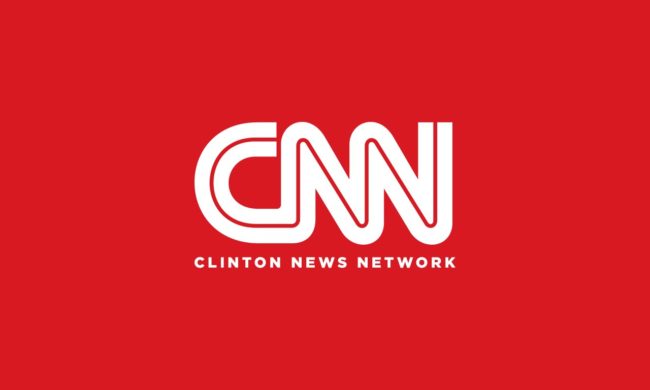 As you will see, twice within the last week, CNN cut off the mics and cut to commercials when interviewers began making points that did not conveniently fit in with liberal ideological rhetoric – clearly exposing the corruption of western journalism.  CNN has repeatedly been accused by critics as standing for the ‘Clinton News Network’ – the real acronym for CNN. As you will see in the following clips, they did not help their cause.

What the reporter is talking about here, is an anti-crime bill passed under then President Bill Clinton in 1994, a bill, which in retrospect, Hillary Clinton even conceded at a debate with Bernie Sanders that she “regretted” for its “unintended consequences.”

So, what were those unintended consequences and what was the reporter talking about in the video above? As explained by The New York Times, “more than 2.2 million people are now behind bars, nearly double the number incarcerated when Mr. Clinton took office. Although the United States makes up less than 5 percent of the world’s population, it has more than 20 percent of its prison population.” The disproportionate number of people placed behind bars were, of course, blacks and minorities – directly leading to the racial divide surrounding crime, the police and politics we now see today.

About the passing of this bill 20 years after the fact, Bill Clinton said “I signed a bill that made the problem worse.”  It was legislation initially aimed to reduce gun crimes, limit assault rifle sales, impose background checks for guns, and saw the addition of over 100,000 police officers into the national police force – sound familiar? This was in 1994 mind you. Now in 2016, it appears the more things change, the more things basically stay the same.

The second video clip we bring you comes from Sheriff David Clarke. It surrounds the controversy of the Black Lives Matter movement, a movement previously embraced, supported and promoted by host Don Lemon on a nightly basis. As soon as someone in a position of authority questions Mr Lemon over his support of this group on live public television, watch what happens; he cant handle the pressure and tells the producers to cut to commercial.

Ever wonder why Americans are considered the most politically uneducated civilian population in the world? It is because of corrupt news organizations like CNN, who deliberately censor information; who deliberately choose to report along political party lines, rather than facts or information. The indoctrination of the American public at the hands of the main stream media is shameful, what’s more shameful is that so many ‘sheeple’ are completely oblivious to it.

This article (Watch as CNN Cuts Live Feeds and Goes to Commercial When Things Start to Get Real) is a free and open source. You have permission to republish this article using a creative commons license with attribution to the author and AnonHQ. Join the conversations at www.anonboards.com.