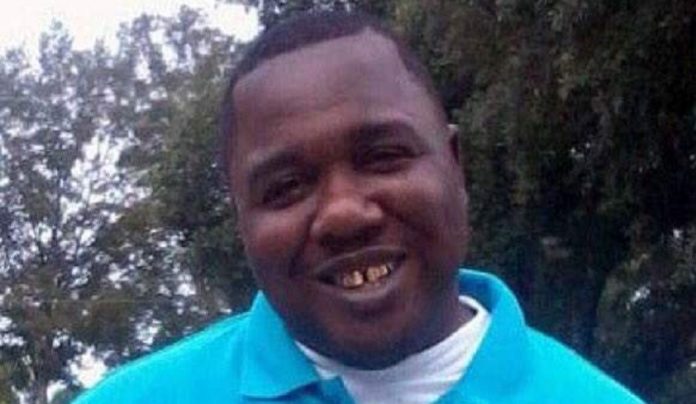 The warrant used after the fact, to justify the illegal theft of the Triple S convenience store surveillance system, had a complete description of their side of the shooting. Immediately following the shooting of Alton Sterling, the officers on scene, Blane Salamoni and Howie Lake, who were responsible for Sterling’s death, unlawfully detained the store owner, identified as Abdullah Muflahi. They then proceeded to illegally confiscate the store’s surveillance system.

Muflahi filed a lawsuit against the Baton Rouge Police Department Monday, alleging specific details of the theft of his security system and unlawful detention. The Baton Rouge Police Department obtained a warrant for the surveillance system, in which they outlined the officer’s version of the incident. The warrant comes a little late, as the surveillance system was blatantly stolen by the officers on scene days before the warrant was issued. Two cell phone videos of the incident have surfaced, one filmed by Muflahi himself. The contents of the surveillance footage is key in this case, as it may show that despite the officers claims, Sterling was pinned down and subdued when they shot him. According to the warrant, Sterling refused to put his hands on the hood of the car, so officers used the Taser to attempt to subdue him. They then observed the butt of a gun sticking out of his pocket. The details at this point become murky and no additional detail is given until Sterling is shot. According to the warrant, Sterling reached for the gun that was in his pocket when officers opened fire. The narrative presented so far leaves more questions than answers. If two trained officers are sitting on top of a resistant subject, the fact that they felt unable to control him physically without the use of deadly force, speaks to an inadequate level of training and understanding of basic police principles.

According to Muflahi, police locked him in the back of a patrol car for hours, not even allowing him to use the restroom in his own store. Muflahi stated that the police walked him around the side of the building to relieve himself within a few steps of the media. “I felt like a criminal at the time, and there’s one of the detectives that I knocked on the window and told him it was really hot and I asked if I could sit outside by the car,” Muflahi stated. “And he just got really angry and started saying ‘you need to chill the fuck out until we get this because we’re handling something right now.’”

The information released in the warrant isn’t a final statement of what happened. It is a preliminary report of probable cause in order to obtain the warrant for the surveillance system. Due to the fact that the security system was confiscated days before the warrant was obtained, puts its legal status in question. At this point, the contents of the video are all that matter moving forward, as it may tell another tale, which contradicts the officers’ statements that Sterling was reaching for his gun.

This article (Baton Rouge Warrant Claims Alton Sterling Reached for His Gun) is a free and open source. You have permission to republish this article under a Creative Commons license with attribution to the author Alek Hidell and AnonHQ.com.