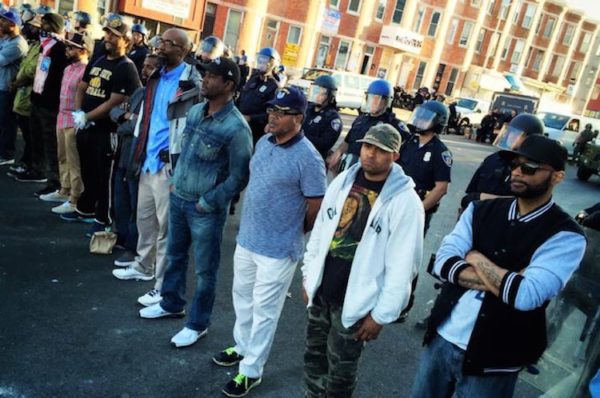 Baltimore is a major city in the state of Maryland, United States. On April 12, 2015, Baltimore Police Department (BPD) officers arrested a 25-year-old African-American resident of the city, Freddie Gray. Gray later died while in police custody.

Gray reportedly sustained injuries to his neck and spine while being transported in a police vehicle. As the BPD officers failed to explain how the young man died, many people in the city believed he was murdered by the officers. This sparked outrage, with the city witnessing many protests. After the funeral service of Mr Gray, spontaneous protests started in the city. The situation became civil unrest. More than 250 protesters were arrested and 20 police officers reportedly sustained injuries.

Between 285 to 350 businesses were damaged and some 150 vehicles were set on fire. About 60 structures were also set on fire. The situation led to declaration of state of emergency by city officials. Thousands of BPD officers, and the Maryland National Guard troops were deployed in the city. As many of the mainstream media covering the protest were interested in capturing the flames and the violence, they ignored what these concerned citizens were doing to bring peace. However, a news cameraman named Van Applegate, who works for ABC affiliate in Washington D.C., saw what the concerned citizens were doing. Because he was not instructed to cover what the peaceful citizens were doing, he decided to take it upon himself to let the world know of the situation. ‏Applegate used his iPhone to capture the barrier the concerned citizens had formed to protect the police. Applegate took the hopeful photo at West North Street of the city.

He then posted the single photo on Twitter. Moment later, many people realized that there are some citizens in Baltimore who really want to see calm return to their city. The photo went viral, with many people commending the initiative of the concerned citizens. When peace finally returned to Baltimore, the picture was forgotten. However, recently, the picture has been remembered once again following the latest deaths of two black men, Philando Castile and Alton Sterling. The two men were shot dead by police officers in Minnesota and Louisiana.

On July 7, 2016, a suspected sniper gunned down five police officers in the city of Dallas in Texas during a protest against the killings of Castile and Sterling. The sniper fired at the officers from an elevated position in a parking garage overlooking the street. Six other officers also sustained injuries. There have been other violent protests in other cities across the country, following the latest incidents. People have taken to social media to urge for calm, using Applegate’s photo taken in Baltimore to inspire people to strive for peace in their cities.

Since the photo resurface on social media, Applegate is said to have received invites to talk shows for discussion on the photo he took, and how it contributed to peace in Baltimore, and how it could serve as an example for others to follow.

This article (How a Single Photo Showing Citizens Guarding Police in Baltimore Brought Hope to the City in 2015) is a free and open source. You have permission to republish this article under a Creative Commons license with attribution to the author and AnonHQ.com.