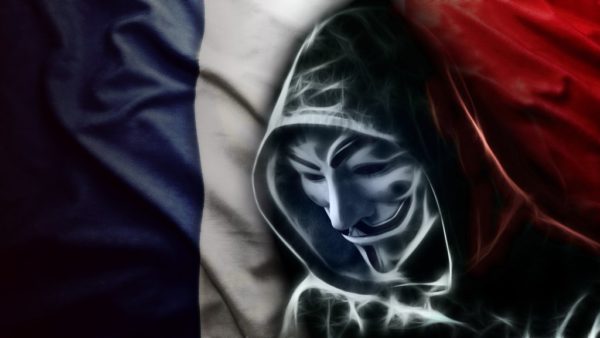 Following the terror attack, which left 84 people dead and more than 100 injured in the French coastal city of Nice on July 14, the online hactivists group, Anonymous has launched an operation targeting those behind the attack.

When the incident happened, it took more than 48 hours before a news website sympathetic to the so-called Islamic State of Iraq and Syria (ISIS) revealed that the driver of the truck who committed the devastating attack did it in the name of ISIS.

But even before this revelation, ISIS was the prime suspect. ISIS has stated in the past that it will continue to wage war against members of the coalition forces for bombing its positions in Iraq and Syria. Since the Internet serves as a significant tool for ISIS activities, Anonymous has launched Operation Nice to track down members of the terrorist group. Anonymous believes that with its sophisticated hacking skills, ISIS activities on the Internet can be disrupted, such as taking down its accounts on social media platforms, data, files and websites sympathetic to the group, to prevent the group disseminating its propaganda messages.

Anonymous said in a video that it is determined to fight and defend what is right. Anonymous revealed that it is embarking on what it described as ‘total mobilization’ to neutralize the terrorists on the Internet. A message read by an Anonymous member in the video, said it was “to defend our values and our freedom, we’re tracking down members of the terrorist group responsible for these attacks. We have already expressed our determination to neutralize anybody who will attack our freedom. We’ll be doing the same now…expect a total mobilization on our part.” However, because Anonymous has recently been busy with other equally important assignments, the terrorists have gradually returned to the Internet. Recently, we reported that ISIS fighters are using Facebook to sell captured young girls as sex slaves to potential buyers. ISIS is also using other social media platforms to sell artifacts they looted from Syria. Anonymous capitalized on this opportunity to bombard the group with pornographic images. The nude pictures are highly disturbing to the group, with many of its supporters abandoning their accounts on Twitter.

Some observers have publicly praised Anonymous for it cyber fight against the terror group.

ISIS has forcefully annexed territories in Syria and Iraq, committing serious crimes against people. It is even believed that Anonymous’ attacks on ISIS has been far more effective than the social media companies themselves, in targeting and deleting accounts linked to the terror group.

This article (Anonymous Vows to Avenge Terror Attack in Nice, Launches #OpNice to Track Down ISIS Terrorists [Video]) is a free and open source. You have permission to republish this article under a Creative Commons license with attribution to the author and AnonHQ.com.