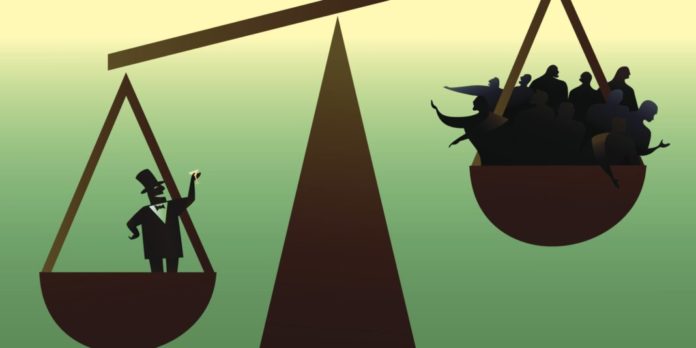 The rich get richer, the poor get poorer. The term is bantered about in everyday conversation – well, every day. The preoccupation with wealth comes from the masses not having any, working often, several jobs at one time just to meet the increasing costs of living. Meanwhile, a small percentage of the world sits back, with literally bucket loads of cash, not wanting for anything – for several lifetimes over.

But have you contemplated exactly why this is? Why is the problem growing and what started it? How can the situation change?

The Rules is a “global network of activists” seeking change for the better. They acknowledge the need to reform – desperately – in the areas of Money, Power, Secrecy, Ideas and The Commons. These areas focus on the empty promises and conjured lies perpetuated by governments and corporate greed. It’s a social movement that welcomes all, to change the world view – to change the rules.

The Rules has been around for several years, but there are two pertinent clips released on YouTube in 2013 and 2014, that give detailed, yet very easy to understand explanations as to why most of us live hand to mouth every week.


In one of their 2013 YouTube clips, Global Wealth Inequality is explained. In another, Our Land, Our Business, published in 2014, explains the world bankers and corporations ‘special rights’ that have taken over the global economy, thus inflating their wealth to create the inequality we face today.

None of this is coincidence. A well thought out organization called the World Bank helped the corporations get richer, paving the way for them to take control of vital resources such as our land, food and water.  From this system a ‘Doing Business Rankings’ was born, ranking each country on a list to how easy it was for corporations to do business there.

The clip explains that to rank well in the Doing Business Ranking, countries had to let the corporations buy up their land and resources, clear away the local farmers and ensure international businesses paid very little tax. If the country had a low ranking, the World Bank lent less money at higher rates, and detracted the country to investors.


Today the 1 percent is smaller than what is was decades ago. You could have a quiet dinner party with those who hold the majority of the world’s wealth. The fact is, there aren’t a lot of people out there with this level of disposable dosh.

Global Wealth Inequality explains the repercussions of the great wealth divide. Drawing attention away from the US, it focuses on the international scales, noting the divide is at critical levels everywhere, not just in America.

But what can we do about it?

Sooner or later we all have to find our voice. This isn’t about the self-made millionaire, by the way – hats off to them for their accomplishment. This is about the greedy corporations exacerbated by governmental policy and the World Bank’s dominion. It’s about western nations claiming to pour billions of aid dollars into the very nations they continue to pillage for trillions.

This is a world problem. And one that urgently needs to be fixed. Unfortunately, changing the rules so the game is played fairly isn’t going to happen overnight.

This article (Wealth: Struggling Paycheck to Paycheck is More Orchestrated than You Think [Watch]) is a free and open source. You have permission to republish this article under a Creative Commons license with attribution to the author AnonWatcher and AnonHQ.com.