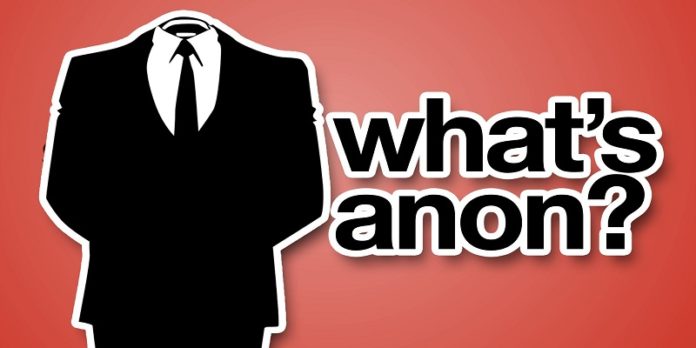 What Anonymous is and what it means really depends on the individual; to one person it means one thing, and to another, something else. Anonymous has even been around long enough, these days, that there is actually a generational gap developing.

Think about it in this perspective: the Matrix is already 17 years old; there is an entire generation which didn’t grow up with it!

The oldest members are naturally the most die-hard ‘Anons,’ and the older the member, typically, the better the hacker – there are becoming fewer and fewer of them by the day. For the most part the oldest ‘Anons’ are of the mind that Anonymous should be an exclusive hacker collective – everyone who can’t hack is largely considered a n00b or just a fan of the movement.

The newest members of Anonymous tend to be social justice warriors of sorts; almost none of them are hackers, but they make up the large majority of people who now call themselves “Anonymous.” They are, for the large part, protestors, civil rights/liberties advocates or people who want to change the world, but are unsure on how to go about it. They seem to be drawn to Anonymous, not because all of the hacks occurring around the world, but because they see Anonymous publicly advocating for many of the same things they believe in.

I remember a conversation last year with a friend in the movement. I was frustrated because all I want is to change and make an impact on the world, but always feel like nothing more than an ant – nothing I seem to do is even measurable in the grand scheme of life.

They responded, “Welcome to the anthill.”

Just as with any group of people in the world, or in politics, there are bound to be some fringe lunatics/extremists on both sides of the spectrum – and Anonymous is no different.

What it means to be part of an “idea” can also differ depending on the purpose. But what I have come to believe this “idea” means is a freedom of expression in its purest form: Freedom from censorship; freedom for ALL knowledge to be free and available to the public/society; freedom for people to stand up and fight for whatever they believe in; freedom for everyone’s voice to matter – not just corporations/politicians/government elites.

This is also why they say Anonymous is not a group of people, it is a collection of individual people who exist entirely separate from one another, but happen to believe in similar ideals.

The collective wealth of knowledge in the world is available at the touch of a fingertip, theoretically available to anyone, at any time, anywhere on Earth. We exist in a very unique point in the history of ‘mankind’, with the technology available to us, we can potentially connect the world together. We can share more information/ideas/experiences and enlighten more people, and hopefully in doing so, advance the direction of the future of humanity towards a more positive direction.

On the flip side, however, there has been growing speculation that Anonymous itself is slowly dying, and perhaps there might be some truth to this. If you were to put a number on the percentage of people in the world who have heard about or know of Anonymous, would this number be higher than 15% of the overall population? I honestly do not think so.

The problem many people seem to observe, is that more and more people in society appear uninterested in learning about the world around them – they have become disassociated about other civilizations/cultures/peoples; more interested in football, fashion, gossip, celebrities, movies, phones, television and video games.

Some people have called them “low information voters,” Anonymous tends to call them “sheeple” or “zombies.” It takes a lot of effort and focus to want to learn more and challenge your convictions, but many people simply have no interest, ambition or desire to put in the work needed to do so.

Anonymous also appears to be suffering from an image crisis of sorts, in the fact that they openly intimidate people and regularly “declare war” on just about everything and everyone.

Anonymous wants to grow, wants to help people and change the world, but has adopted the famous slogan “We do not forgive, we do not forget, expect us.” This slogan puts a lot of people off and makes Anonymous appear more like a group of thugs out to hurt, than a group that cares about helping someone.

There are a number of factors contributing to the perceived decline of Anonymous: crackdown from law enforcement, the oldest members leaving, or have already left at advanced ages, more extremists/conspiracy theorists calling themselves Anonymous, and hacking is fastly becoming socially stigmatized as inherently negative.

People will also say Anonymous will never die, that you can never kill an idea. And that is true. Ideology is a difficult thing to eradicate. For Anonymous, there will always be someone in society fighting for their freedoms – someone that needs protecting, and that is the most important thing to hold on to.

This article (What is Anonymous?) is a free and open source. You have permission to republish this article using a creative commons license with attribution to the author and AnonHQ. Join the conversations at www.anonboards.com.