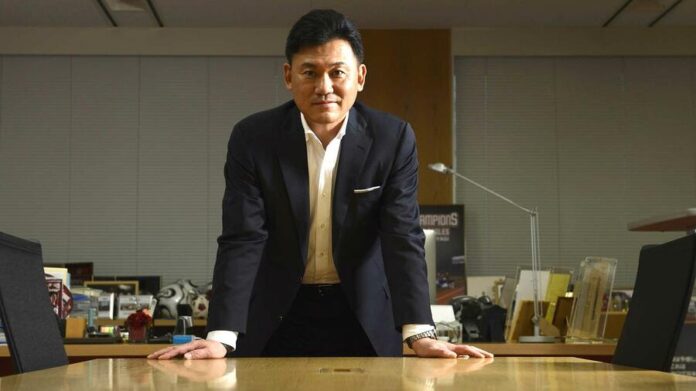 Japanese billionaire Hiroshi “Mickey” Mikitani said Sunday he will donate ¥1 billion to the government of Ukraine, calling Russia’s invasion “a challenge to democracy.”

The founder of e-commerce giant Rakuten Group Inc. said in a letter addressed to Ukraine’s President Volodymyr Zelenskyy that the donation of ¥1 billion ($8.7 million) will go toward “humanitarian activities to help people in Ukraine who are victims of the violence.”

僕達にできることは本当に限られていますが、家族と相談し10億円をウクライナに寄付することにしました。
Consulting with my family, we Mikitani family have decided to donate 1 billion yen to Ukraine.
Attached is my letter to President Zaranskyy. Our hearts are with you. pic.twitter.com/w4LAPs7nt7

In the letter, Mikitani said he was “deeply saddened” by the news of the military attack against Ukraine. He also recalled his visit to the country’s capital in 2019, when he met with president Zelensky.

“My thoughts are with you and the people of Ukraine,” he wrote, adding: “I believe the trampling of a peaceful, democratic Ukraine by unjustified force is a challenge to democracy.”

“I sincerely hope that Russia and Ukraine can resolve this issue peacefully and that Ukraine people can have peace again as soon as possible.”

Mikitani said he visited Kyiv in 2019 and met with Zelenskyy.

“My thoughts are with you and Ukraine people,” Mikitani said in his letter.

“I believe that the trampling of a peaceful and democratic Ukraine by unjustified force is a challenge to democracy.

“I sincerely hope that Russia and Ukraine can resolve this issue peacefully and that Ukraine people can have peace again as soon as possible,” he wrote.

Russia’s invasion has prompted broad financial sanctions from major democracies while individuals and organizations across the world have solicited donations to help Ukraine.

The Japanese government has also announced sanctions on Moscow including freezing assets and banning key exports such as semiconductors to organizations related to the Russian military.