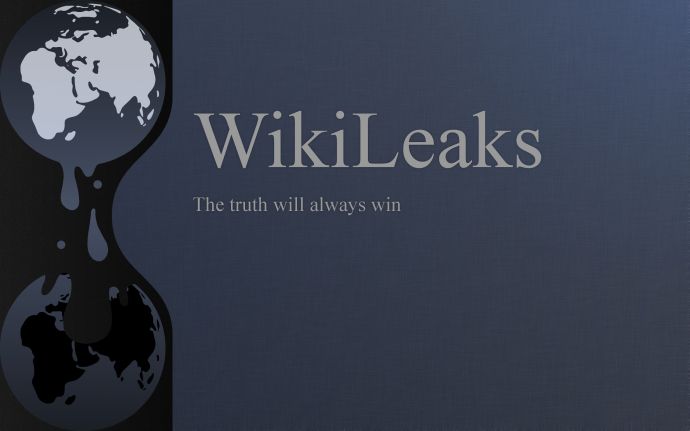 After tweeting a series of cryptic messages about Vault 7 in February, WikiLeaks has published what it claims is the largest ever release of confidential documents on the U.S. Central Intelligence Agency. As a first part of its Vault 7 Series, “Year Zero” comprises 8,761 documents and files leaked from an isolated, high-security network situated inside the CIA’s Center for Cyber Intelligence in Langley, Virginia.

WikiLeaks live tweeted the leak, which Julian Assange claimed came from a network that possesses the entire hacking capacity of the CIA. The CIA’s arsenal, claims WikiLeaks, includes a range of software which could allow states, cyber mafia, and teenage hackers to control personal computers and consumer electronics around the world. A statement from WikiLeaks announced:

“Year Zero introduces the scope and direction of the CIA’s global covert hacking program, its malware arsenal and dozens of “zero day” weaponized exploits against a wide range of U.S. and European company products, include Apple’s iPhone, Google’s Android and Microsoft’s Windows and even Samsung TVs, which are turned into covert microphones.”

U.S. Consulate in Frankfurt is a covert CIA hacker base https://t.co/K7wFTdlC82 pic.twitter.com/oqjtcVb56E

According to WikiLeaks’ press release, the CIA has an extensive hacking division, which has over 5,000 registered users and more than a thousand hacking systems, trojans, viruses, and other “weaponized” malware.

“The CIA also runs a very substantial effort to infect and control Microsoft Windows users with its malware. This includes multiple local and remote weaponized “zero days”, air gap jumping viruses such as “Hammer Drill” which infects software distributed on CD/DVDs, infectors for removable media such as USBs, systems to hide data in images or in covert disk areas (“Brutal Kangaroo”) and to keep its malware infestations going.”

The leak, “exceptional from a political, legal and forensic perspective,” was meant to “initiate public debate about the security, creation, use, proliferation, and democratic control of cyberweapons.”

“Since 2001, the CIA has gained political and budgetary preeminence over the U.S. National Security Agency (NSA). The CIA found itself building not just its now infamous drone fleet, but a very different type of covert, globe-spanning force — its own substantial fleet of hackers. The agency’s hacking division freed it from having to disclose its often controversial operations to the NSA (its primary bureaucratic rival) in order to draw on the NSA’s hacking capacities.”

In a statement to CBS News, CIA spokesman Jonathan Liu declined to comment whether the leaked documents were legitimate: “We do not comment on the authenticity or content of purported intelligence documents.” But experts, who’ve started to sift through the leak, have told CBS News that Vault 7 appears legitimate and that the release has the potential to shake the CIA.

The Guardian hit the nail on the head:

“The leak, dubbed “Vault 7” by WikiLeaks, will once again raise questions about the inability of U.S. spy agencies to protect secret documents in the digital age. It follows disclosures about Afghanistan and Iraq by Chelsea Manning in 2010, and about the National Security Agency and Britain’s GCHQ by Edward Snowden in 2013.

“It is understood the documents are genuine and a hunt is under way for the leaker. The leaks come at an especially sensitive juncture, with the U.S. intelligence agencies involved in confrontation with the president, Donald Trump, over alleged Russian hacking to influence the U.S. election. The latest revelations will renew suspicion that Russia is again responsible and increase fears that it might choose to interfere in upcoming French and German elections.”

This article (WikiLeaks Unveils Vault 7: Exposes CIA’s Secret Hacking Tools, Spying Programs) is a free and open source. You have permission to republish this article under a Creative Commons license with attribution to the author and AnonHQ.com.