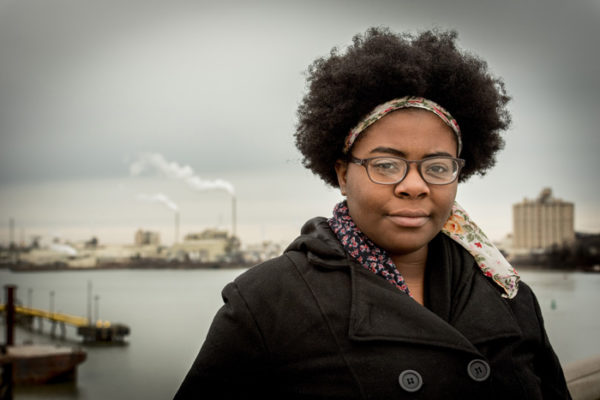 A 20-year-old woman from the city of Baltimore in Maryland, United States has been awarded the prestigious Goldman Environmental Prize for a crucial role she played in stopping a dangerous incinerator from being set up in the city.

The Goldman Environmental Prize is a prize awarded annually to grassroots environmental activists, one from each of the world’s six geographic regions: Africa, Asia, Europe, Islands and Island Nations, North America, and South and Central America. Destiny is said to be the third youngest person to have received the Goldman honor. Destiny resides at Curtis Bay, south of Baltimore. According to how she managed to win the award, Destiny, then 17, helped founded Free Your Voice, a student organization dedicated to community rights and social justice in Baltimore.

Destiny led this initiative because Curtis Bay is home to a medical-waste incinerator, a coal pier, and an array of chemical plants that pollute the environment, bringing devastating health effects on local residents and the environment. As a result of the large-scale industrial pollution in the city, asthma, lung cancer and other respiratory disease are high among residents.

A report released in 2012 by the Environmental Integrity Project said that between 2005 and 2009, the Curtis Bay zip code was among the top ten zip codes in the United States recording the highest quantity of toxic air pollutants released by stationary (non-mobile) facilities.

In the same year this damning report was released, a corporation called Energy Answers International proposed to build the largest incinerator in the whole of the United States, in Curtis Bay.

Although a teenager at the time, Destiny understood the devastating consequences this project would have in the area. Officials of Energy Answers International told residents that the company is involved in clean waste-to-energy.

However, Destiny and her Free Your Voice activists found out that the company was actually in the dirty business of burning trash. The trash-burning incinerator proposed for Curtis Bay would emit up to 240 pounds of mercury, and 1,000 pounds of lead every year. Destiny and her friends also discovered that the site for the proposed dangerous facility was less than a mile from their high school.

Destiny and her fellow students took to the streets to protest against the setting up of the incinerator. They went door-to-door, sharing petitions on why they should come together to say no to the incinerator.

Local residents told Destiny and her friends how they have been suffering from asthma, cancer and forced displacement as a result of setting up these dangerous facilities.

Destiny and her friends carefully recorded all of these concerns expressed by local residents. Together, with other documents highlighting the level of pollution in the city, Destiny presented the evidence to a number of institutions including Baltimore City Public Schools, government agencies and other local nonprofit organizations, which had signed an agreement to purchase energy from the incinerator.

Finally, in 2014, Free Your Voice managed to convince all 22 customers who had signed to buy energy from Energy Answers International to cancel the deal due to the devastating effects the incinerator would have on residents and the environment. This left Energy Answers International with no customers, and the company stopped setting up the incinerator. This shot Destiny into the limelight, meriting her 2016 Goldman Environmental Prize in North America.

“According to the Baltimore City Health Department, 50% of deaths in my community are avoidable. The number of deaths related to air pollution in Curtis Bay is higher than the homicide rate. The very idea of the plan to build the incinerator and the fact that legally, in my state, burning trash is considered a ‘renewable energy source’ to receive [the same] public subsidies [as] wind and solar, is a clear sign that our system is failing us and our planet,” Destiny said after receiving her prize.

You can show your support for the Anonymous Independent & Investigative News by following us on Twitter: Follow @AnonymousNewsHQ

This article (Woman Stops Dangerous Incinerator From Being Set Up In Baltimore, Becomes an International Hero) is a free and open source. You have permission to republish this article under a Creative Commons license with attribution to the author and AnonHQ.com.