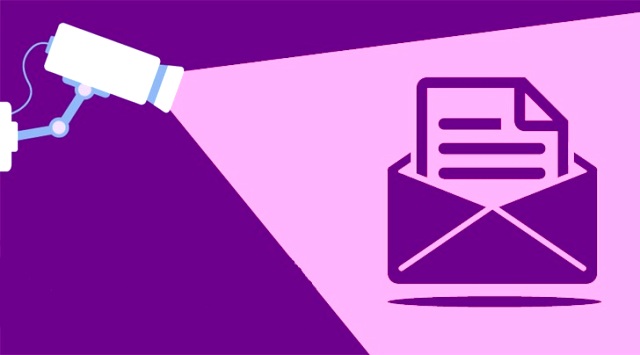 More than two years have gone by since Edward Snowden first revealed the dirty spying game the American government plays with its people. Not only was the government implicated in the spying game, but big companies have also been accused of complying with agencies, providing them access for surveillance opportunities.

The NSA is heavily involved in such actions, as is the FBI, which became more obvious after they “wanted” Apple to create a backdoor into the iPhone of a San Bernardino shooter, which according to Snowden, was utter lies conjured up by the FBI – as they already had ways to access the phone.

In the last few days, another event has surfaced, involving the purple tech giant, Yahoo.  Millions of emails were scanned for the NSA, with some reports even suggesting Yahoo sent the NSA real-time information on customer accounts and usage. Some also claim that Yahoo scanned emails under the direct orders of the Foreign Intelligence Surveillance Court of the United States Office, and was searching emails that matched certain strings of words, using special software developed specifically for the scanning.

The United States Patriot Act further enhances the activity – such as in the Yahoo email scanning incident – protecting the actions under law. If this isn’t enough, the Act also allows for information to not be publicly released if needed, thus permitting the companies an escape clause – to never take responsibility for their actions or for the user’s information, in the event it is tampered with.

Moreover, because of the culture spread by Snowden and WikiLeaks, we always believe that the government (or the black hat hackers) are the only two forces that will forever spy on us for malicious purposes. Though this is somewhat true – and they do hack our information – there are other organizations that collect our data and/or use surveillance. Usually for financial purposes, these organizations collect information that will then be sold on to advertising agencies to further enhance their strategies.  One example of this is the hidden cameras in some mannequins. These mannequins monitor your behavior, body and eye movement for their products, thus collating information that is further sold to companies for marketing purposes.

Likewise, tech giants like Google have also admitted to scanning their customers’ emails; for the sake of selling information to marketing companies and to better their search results. Even social media companies like Facebook have been known to scan their customer inboxes – and they still keep all your messages on their servers.

The world has gone bonkers over information-grabbing, and perhaps you now think your privacy is no longer safe; is there a way to shield yourself from Big Brother?

Encryption is a method by which the information only stays between the sender and the recipient – anyone in the middle won’t be able to read it. Why? Because this technology simply converts your plain text data into symbols, numbers and letters, which are impossible to break with current technology. Also, it can only be read when it is received by the recipient who has the same software to decipher it.

To give you a better idea, encryption technology uses two keys: one is public, while the other one is private. When the information is sent, it is encrypted or encoded with the recipient’s public key, which acts as the receiver’s identification system. However, once the information is received by the recipient, it is unlocked by their private key onboard. This is one of the end-to-end methods of encryption technology and can only be unlocked once it has been received by the person it was intended for, essentially cutting out the hacker in the middle.

This awesome technology is supplied by many services offering end-to-end encryption, either for free or for minimal fees. The more popular ones are listed below:

With Every Great Encryption Technique Comes an Angry Government

Since everyone offers encryption and other forms of online protection, the technology has given rise to private companies offering decrypting services. For instance, the above mention of FBI and Apple’s iPhone incident during the San Bernardino investigations, saw the government agency searching for ‘backdoor’ ways into accessing locked data.

Hence, this brings forth the question of what services to use. According to the experts, the better services are the ones claiming not to collect or access your information, which is processed through their servers. Snowden’s favorite, Signal, is such an example of the aforementioned. Signal, described by Snowden as one of the best messaging applications out there, claims that they cannot access their customers’ information. These claims, if the government asks Signal for information; only the account registration date or the time when the user was last using their service, could be provided.

Stepping Up Their Game

Yeah sure, all of these technologies are being offered by new emerging companies, but what about the major players? Will they ever stop giving our information to the government or private companies? Well, there is good news from some, as this new trend, which started a few months ago, is seeing these tech giants refusing to give in on surveillance orders.

For instance, almost two years ago, a private email company called Lavabit decided to shut itself down, rather than handing over information.

“I have been forced to make a difficult decision: to become complicit in crimes against the American people,” Ladar Levison, the owner of Lavabit, said. “Or walk away from nearly ten years of hard work by shutting down Lavabit. After significant soul searching, I have decided to suspend operations.”

If you want, you can donate Lavabit money, either via Paypal or by donating via Bitcoin: 19gy9ifMJuHoRbVpXBgtf6NTAT6PiDb8SQ. However, companies like Microsoft have also refused to give over stored emails (and other information) from their servers situated in Ireland, to the FBI.

Also, Apple has hired one of its ex-employees who had left the company, to co-found a company called Silent Circle. Jon Callas, whose current position in the company has not yet been disclosed, has, in the past, developed cryptosystems for various Apple products.

Furthermore, both Apple and Google have started bug bounty programs where they are paying hackers a good amount of money to hack their devices. Such activities demonstrate how the big companies are not all about making money, but rather, they want to maintain and further develop customer trust.

Furthermore, like bug bounty programs, some companies have also taken a different approach to this matter. Some publish a detailed report when they receive orders from government bodies to participate in the act of spying. Of course, these reports spread like a wildfire, and in some cases, act as a shield for the company in complying with the agencies. Companies like Apple and Reddit have set an example for others to follow, stating on their websites that government agencies wanted them to provide customer data.

What Can We Do About It?

Security, with encryption and similar technologies are always going to see battle between the major companies we rely on, and our nosey governments. However, Electronic Frontier Foundation is challenging such practices by the government, and you can help them by clicking here.

This article (Snowden Warned Us of Spying, but what about Our Private Emails?) is a free and open source. You have permission to republish this article under a Creative Commons license with attribution to the author and AnonHQ.com.