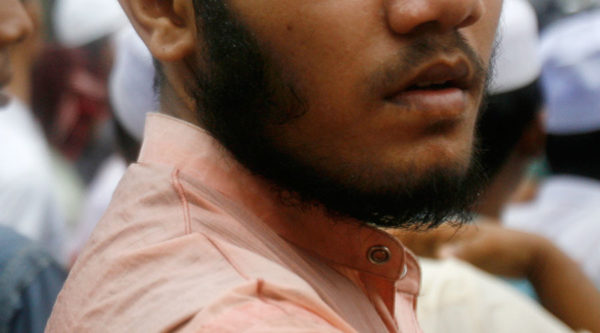 France has become one of the countries in the West where the hate for Islam or Islamophobia is getting out of hand. Recently, the country’s president, Francois Hollande, told the authors of a published book, titled ‘A President Shouldn’t Say That,’ that France has a problem with Islam.

He also said there were too many immigrants arriving in France, adding that the country should not allow them to stay. It is said Hollande made these controversial remarks in December 2015, a month after ISIS terrorists attacked Paris, killing 130 people. Since the Paris attack, Muslims in France have faced harassment from security officials. Many mosques have been reportedly closed down. Muslims are increasingly being discriminated against, and many are becoming isolated from French society.

Not long ago, mayors of several French towns banned the Muslim swimsuit “burkini,” on the basis that the clothing overtly manifests adherence to a religion at a time when France and places of worship are the target of terrorist attacks.

The ban provoked outrage, with some non-Muslim citizens of the country admitting it was arbitrary.  The French Interior Minister, Bernard Cazeneuve described the ban as unconstitutional and ineffective. The ban was eventually suspended by France’s highest administrative court.

Now, an unnamed Muslim student has revealed to a French media outlet that he has been expelled from his school after he refused to comply with the headmaster’s demand to shave his beard. The student told this disturbing story to the Le Parisien newspaper. The outlet decided to protect the identity of the student, due to the sensitive nature of the story. The student said his headmaster told him that the beard is a sign of radicalization, which makes him a potential terrorist.

“You cut it or you leave,” the student reportedly told Le Parisien.  According to the newspaper, the incident took place in Paris’ northern suburb of Seine-Saint-Denis. It is said some of the ISIS-linked terrorists who carried out the blood massacre in November 2015, were residents of the area. Therefore, since the attacks, authorities in the area have been unfairly targeting innocent Muslims.

The student stated that when the headmaster first asked him to shave or shorten his facial hair, he told the headmaster that he had been cultivating his beard for two years now, and that it was for religious reasons.

“The Prophet [Muhammed] was wearing one. It is something important to me. I am not the only one with a beard, both among students and teachers,” the student told the newspaper, saying he has been unfairly targeted by the headmaster. When Le Parisien contacted students from the school, they confirmed the story. One girl told the newspaper that it looked like the student’s parents teamed up with the headmaster to drive their son out of the school. It is said the parents of the student are atheist, and they objected to their son’s Islamic faith.

Some observers say President Hollande was right when he said France has a problem with Islam. Even before the terrorists targeted France, in 2004, France imposed a ban on students displaying any religious signs in school, including the wearing of veils by Muslim women and girls. However, beards were not mentioned in the legislation. According to the country’s internal intelligence officials, about 2,000 French Muslim young men have been radicalized by ISIS. However, observers believe the country should blame itself for the radicalization. According to observers, France has woefully failed to peacefully integrate Muslims into the French secular society, creating all sorts of problems between the Muslim community and the nation.

Many French Muslims, therefore see themselves as not belonging to the country, allowing the terrorists to take advantage, and therefore, turning them against their fellow French citizens.

This article (French School Dismisses Muslim Student Because He has a Beard, says it is a Sign of Terrorism) is a free and open source. You have permission to republish this article under a Creative Commons license with attribution to the author and AnonHQ.com.