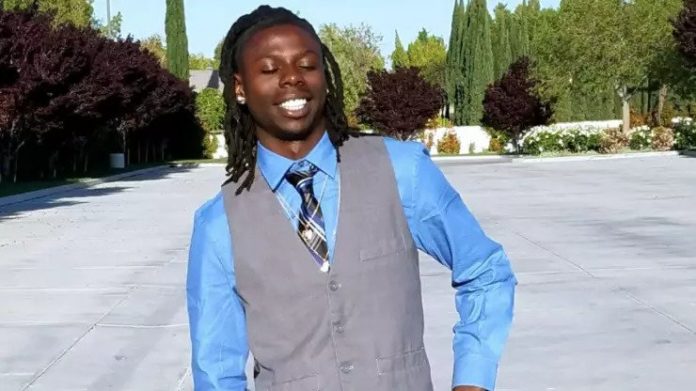 Many people believe that it was a hate crime.

Robert Fuller, a young black activist who has previously documented neo-nazi activity and housing discrimination, was found hanging from a tree in Poncitlan Square, a park directly behind city hall in Palmdale, a suburb of Los Angeles. The Los Angeles County Sheriff’s Department claims that the initial coroner’s investigation has ruled the death to be a suicide, but many people in the community believe that it was a hate crime.

Last Wednesday just before 4 am, someone walking in the area noticed Fuller’s body hanging from a tree and called 911.

“On June 10, 2020 at approximately 3:39 A.M, a passerby noticed a male (later identified as 24 year-old Robert L. Fuller) hanging from a tree in the 38300 block of 9th Street East, in the city of Palmdale. Personnel from the adjacent fire station (Station 24) responded and determined the victim was deceased.

A full autopsy is anticipated in the immediate future.”

Lt. Brandon Dean with the Palmdale sheriff’s office, who was also called to the scene, says that the death was determined to be a suicide because there didn’t appear to be any signs of a struggle.

“From initial investigation of the scene and everything we’ve recovered, all signs right now lead us to believe this was a suicide. Without going into too much detail, it doesn’t appear there was any sign of a fight or struggle,” Dean said.

City officials have promised a thorough investigation and a full autopsy to determine the cause of death, but are still Insisting on pushing the suicide theory. This theory was once again repeated in a statement from Palmdale City Manager J.J. Murphy, who said that “sadly, it is not the first such incident since the COVID-19 pandemic began.”

“[Many people] are suffering extreme mental anguish and the City wants everyone to know that help is available,” he added.

At a press conference on Friday, residents expressed their anger that the police would announce these findings before completing a full investigation.

Palmdale Mayor Steve Hofbauer admitted that that “we should have stated it better, that the finding is preliminary, but we were going off of what the coroner was telling the sheriff.”

Hofbauer also said that the only cameras in the area are low-resolution and only made to follow traffic, not record the park.

Officials continue to post suicide hotline numbers and warnings about mental health when discussing the case, adding to the frustrations of community members who believe that the incident was a lynching.

Kim Kardashian, who has helped free numerous wrongfully imprisoned people, has put her celebrity behind the cause, and posted a petition demanding a full independent investigation to her 65 million followers on Twitter.

By Saturday, a GoFundMe page that Robert Fuller’s sister Diamond Alexander created in his memory had raised over $150,000.