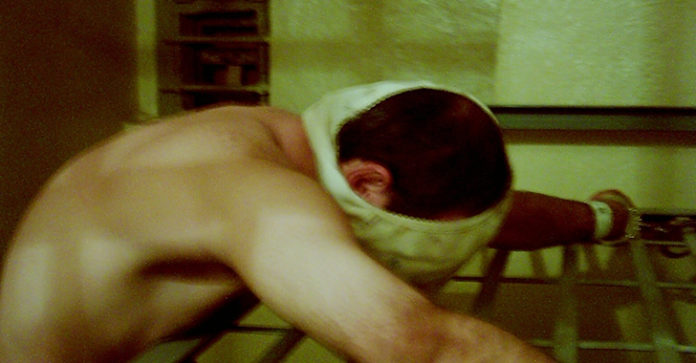 Written by: Justin King at theantimedia

Baghdad, Iraq – The release of the “torture report” in the United States has sparked discussion, outrage, and a reexamination of the events in Iraq. Now, once seemingly unrelated stories regarding the events that took place during the first years of the war have been linked together. These stories play a crucial role in understanding the effects of the US torture program.

The stories of Jessica Lynch, Nick Berg, Abu Ghraib prison, a crashed Apache helicopter, and several other incidents all aid in understanding how the US torture program shaped some of the most memorable events of the Iraq War. The event that brings all of the pieces of the puzzle together is a significantly lesser known event: a jail break.

Starting on November 5, 2003 and continuing over the next three days a series of detainees escaped Abu Ghraib prison. Nine detainees escaped from different parts of the prison, including “the hard site,” in a matter of days. A small number of prisoners escaping a prisoner of war (POW) camp would normally be a footnote in the history of a war. However, when those prisoners escaped from a facility that military intelligence was using to detain “high-value” prisoners who were being subjected to treatment far outside the norms, the escape takes on a new level of importance.

Prior to November of 2003, there were no beheadings in Iraq. Quite the opposite, the US was able to recover most captured POWs alive, including Jessica Lynch and the pilots of a downed Apache. Most were at hospitals and had been treated for their wounds, Lynch wasn’t even being guarded. In fact, records indicate that only one American POW was executed prior to this date.  He was severely wounded prior to capture and some have speculated that his execution was a “mercy killing.” His remains were even left in a location that allowed them to be returned to American forces. However following the escape of the detainees, beheadings began.

The Abu Ghraib story had began to break when Nick Berg was beheaded on video and attention was drawn away from the emerging scandal. By the time the media had done its job, Americans didn’t care about a little mistreatment of prisoners. The Iraqis were cutting off people’s heads. That’s far worse, so Americans were still the good guys.

Berg was a civilian contractor who had previously worked on telecommunications projects in the neighborhood of Abu Ghraib prison. He was captured by Iraqi insurgents and beheaded on video.

It’s interesting to note that during Berg’s execution video one of the killers says:

“As for you, mothers and wives of the American soldiers, we say to you that we offered the American Administration the chance to exchange this prisoner for some of the prisoners in Abu-Ghraib, but they refused. We say to you, the dignity of the Muslim men and women in the prison of Abu Ghraib and others will be redeemed by blood and souls. You will see nothing from us except corpse after corpse and casket after casket of those slaughtered in this fashion.”

In the first beheading video, the insurgents make it very clear that it is in reprisal for the events of Abu Ghraib. Of course many US media outlets refused to even inform Americans of the statement, instead only saying:

“The video then cuts to Berg sitting on the floor, his hands tied behind his back, flanked by the masked men, as a statement is read in Arabic. Berg sits still during the statement, facing the camera, occasionally raising his shoulders.

After the statement, one assailant takes a large knife from under his clothing while another pulls Berg onto his side. The tape shows assailants thrusting the knife through his neck. A scream sounds before the men cut Berg’s head off, repeatedly shouting ‘Allahu Akbar!’ — or ‘God is great.’”

Those that were paying attention to the news at the time and who were watching a news service that actually included a translation of the statement believed it was in response to enlisted soldiers piling naked Iraqis on top of each other because that was the focus in the US media. A beheading is an extreme response to a dog pile of nudity. Today, the reader knows what the Iraqi insurgents learned from the escaped detainees eleven years ago. The naked dog pile was the smallest violation.

In fact, the abuses at Abu Ghraib included the rape of men, women, and children. Of course, this wasn’t confirmed until 2009. Additionally, electroshocks and all forms of torture were administered. There is also evidence of at least one probable murder. The insurgents knew this before the American public did.

The US media has glossed over some very important facts about the events that transpired in Abu Ghraib. Most Americans will say that it was the work of a few bad apples. Of course, this is not true. Testimony during the trial of Specialist Charles A. Graner Jr. disclosed that officers all the way up to the rank of Colonel were aware of, and encouraged, the torture sessions. Detainees from Tier One – Alpha were victims of the torture. The detainees in this tier were placed there under an “intelligence hold.” Testimony included the fact that a Central Intelligence Agency representative going by the name of “Agent Romero” had ordered the soldiers to “soften up” the prisoners. The reports of prisoners being mistreated to make them more susceptible to interrogation was confirmed by the Army in 2004. It is also worth noting that over 1000 prisoners were released from Abu Ghraib the next year. The Department of Defense said in a statement:

“Those chosen for release are not guilty of serious, violent crimes, such as bombing, torture, kidnapping or murder, and all have admitted their crimes, renounced violence and pledged to be good citizens of a democratic Iraq.”

As has been proven time and again, torture can force someone to say anything. Even if these individuals weren’t insurgents when they were arrested, the American public will never know how many became insurgents after their release.

This was part of the CIA’s torture program, and when public scrutiny arrived, the agency allowed soldiers who were under their direction to go to prison for the crimes rather than end the program.

The US torture program at Abu Ghraib was a primary recruitment tool for the insurgents when appealing to foreign fighters. As Mathew Alexander, a former interrogator who refused to take part in the abuse, said:

“I learned in Iraq that the No. 1 reason foreign fighters flocked there to fight were the abuses carried out at Abu Ghraib and Guantanamo. Our policy of torture was directly and swiftly recruiting fighters for al-Qaeda in Iraq. The large majority of suicide bombings in Iraq are still carried out by these foreigners. They are also involved in most of the attacks on U.S. and coalition forces in Iraq. It’s no exaggeration to say that at least half of our losses and casualties in that country have come at the hands of foreigners who joined the fray because of our program of detainee abuse.”

Prior to the torture program being discovered, the insurgency was mainly made up of former Iraqi soldiers, who while more brutal than western soldiers still acted as soldiers for the most part. They adopted a guerrilla strategy just as our forces would do if the US was overrun. After the discovery of the torture program, the radicalized foreign fighters that entered Iraq were more akin to those that are labeled terrorists. It is important for the reader to remember that Iraq was not involved in the September 11th attacks.

Defenders of the program will often point to the possibility that the torture of people convicted of no crime and found to be completely innocent in 25% of cases, will somehow save an American life. The fact is that the program has not only destroyed the nation’s credibility, but it has also killed more than 1,000 American soldiers in the Middle East.

It is important to remember the US Senators determined there was:

“No evidence that terror attacks were stopped, terrorists captured or lives saved through use of EITs. [Enhanced Interrogation Techniques]“

If you continue to support this program, you might as well just kill US soldiers yourself because the result is the same.

This investigation was conducted in conjunction with The Fifth Column.