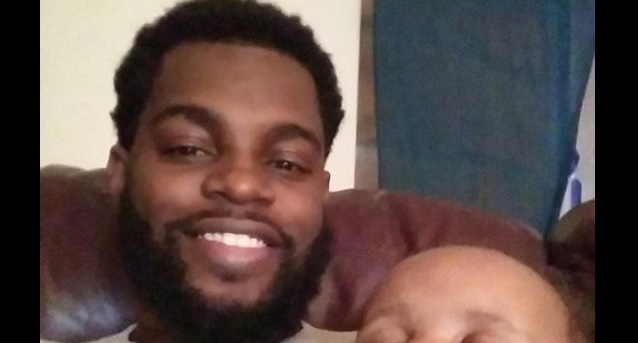 Written by: Cassius Methyl at theantimedia.org

Chicago, IL — Four more victims of incarceration at Chicago’s Guantanamo Bay style secret detention/torture center, known as Homan Square, have come out and spoken to The Guardian about their experience being essentially treated like cattle.

They are four black males, Brock Terry, Kory Wright, Deandre Hutcherson and David Smith. Three of them were held in 2006, and one in 2011. They were kicked in the genitals while helpless and bound, put in ‘kennels for humans’, and they heard the bloodcurdling screams of other helpless victims while they thought they would never see the light of day again.

One man named Brock Terry was caught with five pounds of cannabis, and ended up being shackled to the “little circular thing behind the bench”, arms spread open, being fed only twice in 3 days. The Chicago Police are known for turning up the temperature in the facility extremely high, and then depriving victims of water while they are tied up, arms extended. “I sat in that place for three days, man – with no talking, no calls to nobody,” Terry said.“They call police stations, I’m not there, I’m not there.”

“I was kept there. I didn’t speak to a lawyer or anything,” he continued. “I didn’t interact with nobody for three days. And then when I do see the light of day, I go straight to another police station, go straight there to county and be processed.” He also said he didn’t see any other victims there, but he heard cries from people being seemingly tortured, and they screamed “no, no, no” and “stop”.

Another black man named Deandre Hutcherson was shackled in the same vulnerable position, and he said he was punched in the face, and stomped in the genitals “like he [the cop] was putting a cigarette out” “They got kennels – like, for people,” Terry also told The Guardian. “I didn’t really want to believe that, but it is the truth.” “I never saw anyone, but I know something else is going on. You don’t want to be in that kind of situation, so you gotta be quiet about it, so you don’t go down that route.” Terry continued.

More details will be released as the situation unfolds. There is a movement to #Shut Down Homan Square going on now. Watch live here. Please share this with beyond as many people as possible. This is a step too far, and we simply can’t stand for it.